Editor’s Note 5/18/16: This story has been updated to reflect approval by Governor Cuomo, the DEC, and the DOT.

Three months ago, the Adirondack Park Agency (APA) approved a plan to replace 34 miles of railroad track between Lake Placid and Tupper Lake with a multi-use trail, seemingly putting an end to the lengthy rails vs. trails debate. After taking time to review the plan and consider public opinion, Governor Andrew M. Cuomo announced that he, the New York State Department of Environmental Conservation (DEC), and the Department of Transportation (DOT) have all signed off on the final plan. 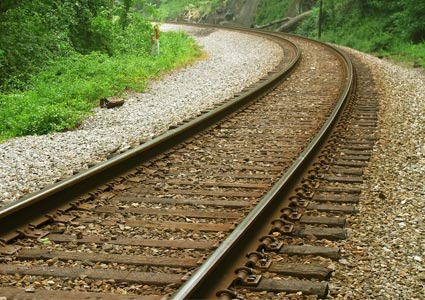 The rails vs. trails debate began back in 2013 when New York State proposed replacing the 34-mile section of track with a multi-use recreational trail. Recreation advocates saw the potential for new outdoor opportunities that a lengthy trail would bring, while railroad advocates saw the value of the historic railway remaining intact.

Although the plan to remove the rails wasn’t universally accepted, the general consensus was that the DEC would lend its support in the wake of the APA’s approval. Although it took longer than some anticipated, the plan is now finalized.

In addition to removing the section of track in favor of a multi-use trail, New York State will upgrade the rail line between Big Moose and Tupper Lake. Both actions are part of a long-term strategy to create a 119-mile travel corridor between Remsen and Lake Placid that will boost tourism and benefit local economies.

“By rehabilitating the railway and building a scenic trail, we are better utilizing the corridor and its surrounding lands to create more economic and recreational opportunities for residents and visitors alike,” Governor Cuomo said in a statement. “I am proud the state is moving forward on this important project, and this is yet another example of our commitment to ensuring the Adirondacks remain a first-class tourism destination for generations to come.”

The scenic railway that currently operates between Tupper Lake and Lake Placid will continue to do so until November 2016. After that point, track removal and trail development will begin.