Over the years, many planes have crashed down in the Adirondacks, but a lot of the crash sites are remote, undocumented, or a mystery. To tell their stories, one forest ranger is investigating and documenting plane crash sites throughout the Adirondacks. 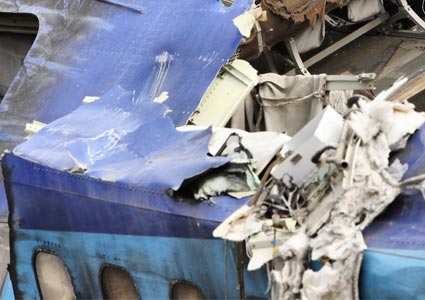 Planes have flown over the Adirondacks since 1912. In that year, a Curtiss-Wright Bi-plane was recognized as both the first plane to fly over the area and, unfortunately, the first to crash. In this case, the plane crashed into Raquette Lake, and the wreckage was eventually salvaged.

Since that first reported crash, more than 200 planes have gone down in the region, some documented and some not. Van Laer has had to play detective to find some of the crash sites and, according to Adirondack Explorer, he “haunts message boards and seeks decades-old records from state and federal authorities.” Every detail helps, and he uses bits of information to seek out the wrecks.

So far, van Laer has personally visited over two dozen crash sites, but he has documented at least 200 plane crashes. He plans to publish a book on these Adirondack plane crashes sometime next year that will guide readers to the crash sites he has recorded, and offer facts about their history.

Van Laer’s investigations have resolved several of the Adirondacks’ plane crash mysteries. However, while some of the crash victims’ families appreciate the closure van Laer’s search provides, others are not interested in visiting the wrecks.

Recently, van Laer has been focusing on one of the more difficult mysteries. Adirondack Explorer reported on van Laer’s search for a jet that crashed into Lake Champlain in 1971. Neither the plane nor the five people on board have been found, but van Laer is dedicated to locating the submerged plane. Last summer, he brought a team with him and used a manned submarine to explore the lake, but they found nothing. Van Laer plans to return this summer and try again.

Barbara Nikitas, the niece of the fallen plane’s pilot, told Adirondack Explorer, “Their goal is to help us find peace and closure. For Scott, it’s not just about the wreck.”

Have you ever stumbled upon a plane crash site in the Adirondacks?