In March, the New York State Department of Health issued a don’t eat fish advisory for the Hudson River.

As summer is fast approaching, many may be ready to grab the fishing gear and head out – but if you’re planning on eating what you catch, check out the advisory guidelines first. 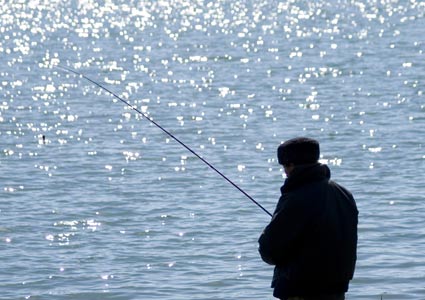 The Department has issued a consumption advisory for walleye fish taken from the Hudson River from the Rip Van Winkle Bridge down to the Tappan Zee Bridge.

Compared to past recommendations, this advisory is rather severe. In the past, the Department has advised limiting the intake of walleye to one meal per month. The new advisory is asking people to not eat it at all from these particular areas.

These advisories are intended to inform people which fish to avoid and how to reduce their exposure to health risks associated with the fish; they are not regulations, but advice based on new data showing elevated levels of PCBs.

While all should most likely not eat caught walleye from the Hudson River for the time being, men over 15 and women over 50 are at a higher risk of health issues. These groups in particular should avoid walleye consumption.

New advisories in addition to the walleye warning have also emerged:

Forked Lake and Raquette Lake in Hamilton County: Men over 15 and women over 50 should limit intake of lake trout to one meal per month. (The previous advisory recommended a limit of four meals per month.)

Women under 50 and children under 15 should not eat any fish from Lake Algonquin. (The previous advisory recommended not eating certain species.)

Other health risks have been noted, such as women exposed to PCBs before or during pregnancy can give birth to children with developmental and intellectual disabilities.

While there is undoubtedly a real feeling of accomplishment with catching, gutting, and eating your own fish, consider playing it safe and releasing any fish you’ve caught in the Hudson River or aforementioned bodies of water – but especially the species mentioned in the advisory.

It is truly better to be safe than sorry when it comes to our health and those of our loved ones.

Fresh fish can easily be purchased elsewhere. Ask the fish department at the grocery store when they get new deliveries in so you can be first in line. Or, check with your local farmers market to see if they have a fish vendor – many do!