Lotus Group, a dynamic local organization that owns several businesses in the area, has taken another venture under its wing: Anytime Taxi.

With this new undertaking, residents and visitors of Warren County will have better access to areas north of Lake George. 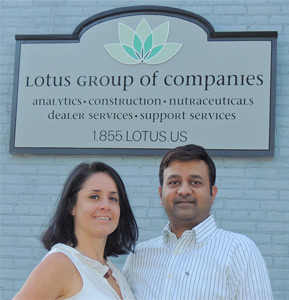 Photo credit: Gordon Woodworth
Prior to Lotus Group acquiring Anytime Taxi, most of the area’s cab companies were based south of Lake George in the Glens Falls area – this made a taxi ride north of the Lake George Village quite expensive for many. In addition, Anytime Taxi only operated during the tourist season.

“We had several calls and emails as well anonymous surveys noting that service going farther than Lake George Village was out of a lot of people’s price range,” Lotus Group CEO Ash Anand said in a statement.

In order to best serve customers in all areas Anytime Taxi will operate year-round in two locations: Queensbury and Warrensburg. Taxis will be able to travel from both in any direction, so those using the services can expect better rates and shorter wait times.

Anytime Taxi was already a well established and respected business before the partnership; Anand is essentially aiming to build off the company’s already strong business model to make it even better. And, former owner Rich Pennock is staying on as a partner in the business and will be overseeing operations.

One of the changes customers can expect is an Anytime Taxi app that will be launched within the next few weeks. The app will allow riders to take advantage of a pick up/drop off service, schedule weekly or bi-weekly appointments, and track cab arrival time.

The other major aspect that Anand is bringing to the table with the new venture is a thorough background check for all employees.

“Background checks will make sure there are no hiccups on a driver’s license, in their criminal history, and will verify employment experience in the field,” Anand said in a statement, emphasizing that employees need to make the public feel safe.

The cab company is expected to be up and running in the near future, along with its new app.

“Our goal is to have close to 10 cars as summer approaches,” Anand told the Post Star.

Lotus Group aims to pinpoint what is needed and missing in the community, and works to fill that void. Anytime Taxi is just the first in an entire transportation initiative that Anand plans to broaden during this year.

The number of companies acquired by Lotus Group has significantly grown in the last three years, as the organization now includes Lotus Auto Xperts, Lotus Construction, and Small Tales – an early learning and day care center – just to name a few.