Within the 6 million acre Adirondack Park, about 2.6 million acres are protected by the New York Constitution as Forest Preserve lands. The constitutional protections make it difficult for small projects, such as bridge improvements, to be approved when they cross into the Adirondack Forest Preserve. All of that could change if two “land bank” bills, introduced by Senator Elizabeth Little, continue to find support. 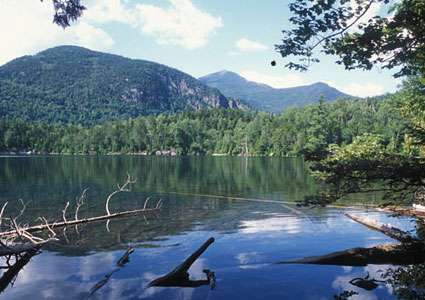 Previously, small utility projects that crossed into Forest Preserve lands required individual amendments to the New York State Constitution, which could take many years. Senator Little’s bill addresses Article 14 of the State Constitution, which completely protects Forest Preserve lands from these projects. If the bills are approved, utility lines and bicycle paths would be allowed on certain state lands, and the 750 acre “land bank” would be created for public projects.

In a New York State Senate press release, Senator Little said the bills will “accommodate ‘quality of life’ and public safety projects important to Adirondack and Catskill residents and visitors, while protecting the environment through numerous safeguards.”

Here are the rules associated with the bills:

The resolution has found outside support, such as from the Adirondack Council and the Nature Conservancy. Although Little’s bills have already passed through the Assembly and await to be sent to Governor Cuomo, they must be approved by the State Legislature again next year before being presented to voters.

Do you think a “land bank” is the best option to get public projects underway faster?