Last month, the Department of Environmental Conservation (DEC) was forced to temporarily halt development of a new snowmobile trail between Newcomb and Minerva due to an injunction. However, a New York State Supreme Court decision on August 12 rejected the injunction, and now the DEC will be able to resume work on the trail. 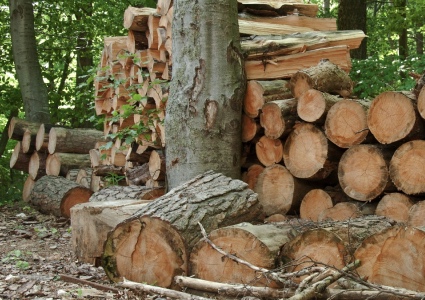 The Newcomb-Minerva snowmobile trail is one part of the DEC’s Community Connector Trail Plan, which will establish a recreational network between Long Lake, Minerva, Newcomb, North Hudson, and Indian Lake. The snowmobile trail network will be multi-use and available year round.

The DEC and its supporters believe the trail network will provide an economic boost to the communities involved and attract more visitors. As of now, 6 miles of the proposed 14 mile long Newcomb-Minerva snowmobile trail have been completed.

However, progress stalled when the injunction was brought against the DEC last month. The injunction was filed by Protect the Adirondacks, and it addressed issues about the potential number of trees that would be cut down and whether or not the plan violated the “forever wild” designation of Forest Preserve timber.

Although the Appellate Division, Third Department of the NYS Supreme Court upheld the injunction against the DEC, an Albany County Supreme Court justice has decided the DEC’s actions and plan were constitutional, clearly stated in public planning documents, and would not lead to the removal of a substantial number of trees. Work can now resume on the snowmobile trail.

In a press release, DEC Commissioner Basil Seggos said, “DEC has worked carefully to develop this trail with minimal impact on Forest Preserve lands, and at the same time is eliminating other trails that are redundant, unsafe and intrude into more remote areas of the Forest Preserve.”

Do you agree with the NYS Supreme Court justice’s decision in favor of the snowmobile trail plan?