Please contact businesses to confirm their hours before visiting. Click here for FAQs on What's Open.
Your Guide to the Adirondack Region
Enter Giveaways Advertise
Home  »  Community  »  Could Reintroducing Cougars To The Adirondacks Save Lives?

Reintroduce cougars into this state, and human lives will be saved – does that sound like a crazy notion? It’s actually not!

Wildlife scientists recently conducted a study that sheds light on the potential benefits of allowing this animal to once again thrive in the Northeast and surrounding states. 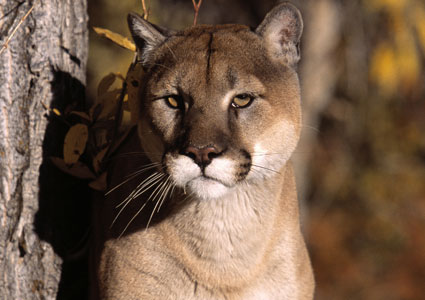 Rules of the Road

Anyone who drives through the Adirondacks has seen their fair share of white-tailed deer running across the road, and has probably slammed on their brakes more than once to avoid a collision. You likely know someone who’s been in a deer-related car accident, or you may have been in one yourself.

More than a million car collisions a year are caused by deer jumping in front of vehicles, resulting in 200 deaths annually on average.

Although cougars are predatory animals that do sometimes kill humans, the study estimates that if cougars were reintroduced, they could prevent 155 human deaths and 21,400 human injuries a year, and save $2.3 billion over the course of 30 years.

This data is according to wildlife scientist Laura R. Prugh and wildlife ecologist Sophie L. Gilbert, of the University of Washington and University of Idaho respectively. The two professionals and other scientists recently conducted a cougar reintroduction study looking at 19 states, including New York, and their findings were reported in the scientific journal “Conservation Letters.”

The study examined the following factors:

In the areas studied, a cougar would kill about 259 deer over an average lifespan of six years. They’d need 850 square miles of open forest to sustain a population – not all states in the study could provide this, such as Rhode Island.

A conservative 75% of estimated deer killed by cougars would die of starvation or illness anyway. As adult deer numbers decrease the fawn numbers increase, so it also has to be considered that killing deer doesn’t automatically reduce the population.

Estimated lost livestock values would be $2.35 million a year – the loss of pets killed by cougars was much more difficult to pinpoint, understandably. When pets go missing we don’t often know what happens to them, as they could have been killed by a wild animal or other means, or taken in by someone.

How people would feel about this reintroduction was also hard for the scientists to gauge. Even though intellectually we can understand that deer cause more deaths than cougars, it can be difficult to wrap our minds around this logic when faced with the prospect of a loved one becoming a cougar’s next meal.

“The idea of being killed in a car crash with a deer just doesn’t scare people the way the idea of a cougar leaping on your back in the woods does,” Dr. Prugh told The New York Times.

Even if the reintroduction of cougars doesn’t happen by human intervention, it might actually occur naturally.

Cougars in the Adirondacks

Cougars flourished in the Northeast for centuries before settlers began hunting them along with deer; deforestation also occurred. Today, cougars are considered extinct in New York State by the US Fish and Wildlife Service.

However, reports of cougars in the Adirondacks and North Country have been popping up in recent years. Protect the Adirondacks has set up a Cougar Watch, where the public can file a report and detail information about any sightings.

While many sightings are hoaxes or are just incorrect – the cougar is often mistaken for the bobcat or lynx – nearly 20 credible sightings have been reported from Protect the Adirondacks between 2013 and 2014. However, only two sets of paw prints were recovered from these sightings. Cougars may be starting to return to the state, but they are doing so very slowly.

What Do You Think?

Do you think we should wait for nature to run its course, allowing cougars to return over time? Are the potential negative consequences, like loss of livestock, not worth this risk?

Or, when you consider the lives that would be saved and injuries prevented, do you think that cougar reintroduction to state forests would be a worthwhile project?

Let us know what you think in the comments below!

For more information on cougars, check out our cougar guide.