New York State’s plan to remove a 34-mile section of track between Lake Placid and Tupper Lake has been anything but smooth. The approval by multiple state departments and Gov. Cuomo sparked controversy this past May, and a lawsuit was filed to prevent the track’s removal. Although the original plan would have had the track removed in November, the rail-trail project has been delayed until summer of next year. 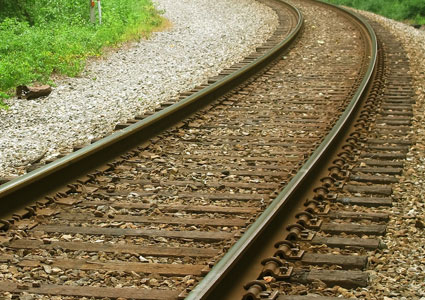 Essentially, New York State plans to tear up and replace 34 miles of railroad track on the Remsen to Lake Placid Travel Corridor with a recreational trail. The rail-trail project was approved by all of the necessary parties by the end of May 2016, but the controversial decision led to the creation of two sides: Rail Supporters and Trail Supporters.

Rail Supporters argued that the 34-mile track has historic value in the region because it’s part of the Adirondack Scenic Railroad, which is listed in the National Register of Historic Places. Additionally, the removal of the track would shut down the train connection between Lake Placid and Saranac Lake.

On the other hand, Trail Supporters believe a multi-use trail would better serve local communities. The proposed recreational trail would be open year round for various outdoor activities, including snowmobiling.

The Adirondack Scenic Railroad is currently operated by the Adirondack Railroad Preservation Society (ARPS). However, the society’s lease of the endangered travel corridor ends on November 30, 2016, and work on the rail-trail was set to start around then.

Instead, the removal of the track won’t begin until summer 2017 at the earliest. The Department of Environmental Conservation (DEC) has recently announced a stakeholder process will be undergone before it begins construction of the rail-trail.

In a press release, DEC Regional Director Bob Stegemann said, “We have convened the first meeting of our core stakeholder group to help us determine what the trail will look like and how it will be operated.”

The newly formed stakeholder group consists of officials or designees of the four towns and three villages along the proposed rail-trail, a member of the Adirondack Recreational Trail Advocates, and representatives of three user groups (cross country skiers, bicyclists, and snowmobilers).

Some of the issues the stakeholder group will discuss in the coming months include:

So what does this delay mean for the rail-trail project? New York State still plans to go through with the project, but the stakeholder group and the DEC will work together to form a final design and operational draft of the rail-trail.

However, the Sun Community News noted that the ARPS’s lawsuit against the project is still active. The lawsuit cites the need for a more complete economic and environmental review. Oral arguments are set to begin on September 28.

Are you looking forward to the rail-trail, or do you support the need for further review?