For many, the Ticonderoga Ferry is a fun and convenient way to travel across Lake Champlain between Ticonderoga, NY and Shoreham, VT. However, Lake Champlain’s water levels have been below normal for this time of year, forcing the ferry service to shut down early on October 17th, 2016. 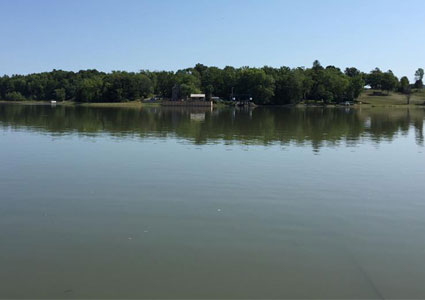 The Ticonderoga Ferry is typically open for passengers between the start of May through the end of October. Unfortunately, the owners of the independent ferry have decided to close early for the season because of low lake levels.

According to the Sun Community News, the New York State Department of Environmental Conservation has noted that many bodies of water throughout the state have had lower water levels because of ongoing drought conditions. Although shallow draft boats can still use many public boat launches, larger boats have had more issues on the water.

In particular, Lake Champlain is a foot below average water levels for this time of year. Although most of the lake’s boat launches offer at least three feet of water depth, the Ticonderoga Boat Launch and ferry landing are only at two feet of water depth.

This below normal water level makes the ramps for boarding and exiting the ferry quite steep, and during the ride, the ferry may drag on the bottom as well. For these reasons, the ferry’s owners felt it was best to suspend operations until next year.

If there is a lot of snow this winter in the Champlain basin, and if the water level returns back to normal, the plan is for the ferry to reopen on schedule at the beginning of May 2017.

Have you used the Ticonderoga Ferry this year?