The first court hearing over the controversial rail-trail project (located between Tupper Lake and Lake Placid) was supposed to take place on November 2nd, 2016. However, New York State hasn’t been able to resolve the issues that have popped up over ownership of certain land parcels along the railroad. As a result, the hearing has been pushed to early next year. 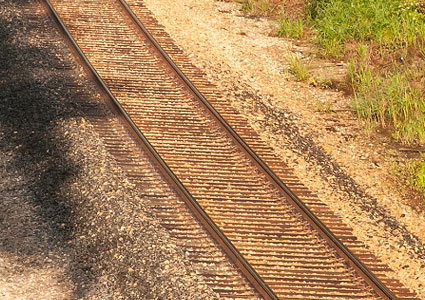 The lawsuit at the heart of this court case was filed by the Adirondack Railroad Preservation Society (ARPS) against New York State’s Adirondack Park Agency (APA), Department of Environmental Conservation (DEC), and Department of Transportation (DOT).

Basically, New York State plans to remove 34 miles of train track between Lake Placid and Tupper Lake and replace it with a recreational trail. In defense of preserving the railroad, ARPS believes a more comprehensive economic and environmental review should be conducted.

Opening court arguments over the lawsuit were originally scheduled for September 28th, 2016, but multiple questions over land ownership have continued to delay the court date. In early October, New York State was confident it wouldn’t be too difficult to resolve these issues, but there hasn’t been much progress since then.

The ongoing land ownership issues have been over three parcels of land along the railroad between Lake Placid and Tupper Lake. New York State discovered it doesn’t own them in “fee title,” which is required for the state to work on the rail-trail.

The three parcels are located near North Country Community College in Saranac Lake and the Lake Placid train station. According to the Adirondack Daily Enterprise, New York State’s plan is to form an agreement with the land owners through voluntary conveyances.

Due to these issues, New York State has asked for a 60 day stay period for the court hearing, which will push the date to next year. The new plan is for opening arguments to be heard around the end of January 2017, but an exact date hasn’t been decided yet.

How do you think this rail-trail project will turn out when it finally goes to court?