Back in May 2016, the Adirondack Park Agency (APA), the NYS Departments of Environmental Conservation (DEC) and Transportation (DOT), and Gov. Cuomo had all approved of a plan to remove 34 miles of historic railroad track to build a recreational rail-trail. Now, the future of the rail-trail is unknown due to multiple delays and issues that must be resolved. 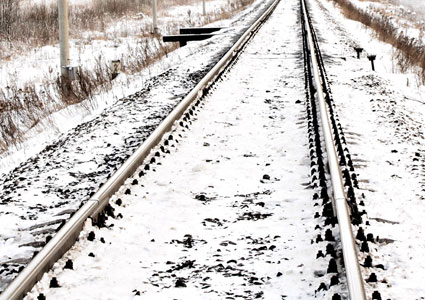 By removing the 34 miles of railroad track, the Adirondack Railroad Preservation Society (ARPS) would have to shut down its seasonal rail service between Saranac Lake and Lake Placid.

In defense of saving the railroad, the ARPS sued the APA, the DEC, and the DOT because the group believed a more comprehensive economic and environmental review was necessary. That court case is ongoing, but a few months ago, another major issue was discovered.

Acting State Supreme Court Justice Robert G. Main is the one in charge of the rail-trail court case. On February 7, Main officially delayed his ruling on the matter until more information can be provided about land ownership and other issues. The main issues brought up included the following:

During the court hearing, Main gave New York State until March 8 to provide more information about the land ownership and historic-preservation law issues. The ARPS will have until March 22 to respond.

Right now, there doesn’t appear to be an end in sight for the rail-trail project. What are your thoughts on how the controversy has turned out?