An old restaurant has a new name and a new owner, a new restaurant is opening this spring, and a distillery will be in business starting next year – here’s what’s happening on the restaurant scene in the Adirondacks. 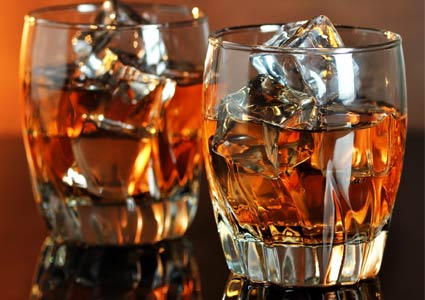 The former Agway Store on Route 9N in Crown Point, which has been closed for several years now, is being turned into War Canoe Spirits. This will be a whiskey distillery, and although the projected opening date isn’t until late 2018 construction is already underway.

Owner Paul Besignano was able to secure a $500,000 grant from New York State for the venture as part of the Restore New York Communities Initiative, although Besignano so far has already invested a total of $100,000.

The distillery is estimated to bring in seven to ten jobs, which would be beneficial for the town. Currently, the school district is the biggest employer, employing about 70 people. The town appears excited about War Canoe Spirits and what it can do for the small community.

When the distillery opens it’s going to focus on producing whiskey, and then other liquors will be added on later.

The new restaurant has expanded hours from its predecessor – 5am to 10pm every day.

“I didn’t want to close at 2,” new owner Jennifer Ahmed told The Sun Community News. “I want this to be a place where you can sit down with your family for dinner.”

King George Restaurant is keeping the Italian dishes the former restaurant was known for, and Ahmed has also added prime rib on the weekends made from certified Black Angus beef.

Ahmed is planning to get a beer and wine license, offer delivery services, provide a party room for kids birthday parties, and she’s also in the process of redecorating, with a theme revolving around Champ, the legendary Lake Champlain monster.

The owner of Himalaya Restaurant in Plattsburgh is expecting to open a Cafe Himalaya in West Chazy sometime this spring. Cafe Himalaya will be replacing Conroys Organics on Route 9, which closed late last year.

It appears that owner Tenzin Dorjee is planning to keep some of the basics of Conroys Organics in play, namely nutritious meals and locally-sourced ingredients. In fact, Dorjee is even planning to grow some produce on site.

What’s going to set Cafe Himalaya apart from Conroys Organics is that the menu will be drawn from many different cultures.

“We wanted to expand and offer people a larger variety of food,” Dorjee told The Sun Community News. “It’s not going to be your typical restaurant.”

Looking for more restaurants in the Adirondacks? Check out our Restaurants & Dining Guide >>