If you’ve been keeping up with Adirondack news over the past year, then you’ve probably read the words “rail-trail” more than a few times. New York State has plans to remove a section of track along the Adirondack Scenic Railroad and construct a rail-trail in its place. Although the controversial project’s future is still unknown, NYS has decided not to issue a permit for trains to run in the Tri-Lakes area this year. 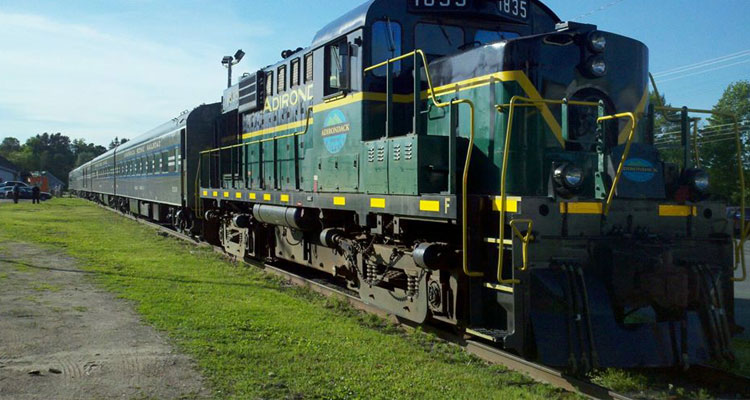 This announcement was revealed by the Adirondack Daily Enterprise in a recent article. According to them, the NYS Department of Transportation won’t issue a permit to the Adirondack Rail Preservation Society (ARPS) to operate tourist trains north of the Big Moose Station.

While NYS owns the railroad, the volunteer-based ARPS has been issued permits over the years to run trains from their main stations in Utica, Thendara, Saranac Lake, and Lake Placid, NY.

The Tri-Lakes area in the Adirondacks includes Lake Placid, Saranac Lake, and Tupper Lake. As a result of the state’s decision, it’s likely the ARPS will only operate trains between Utica and Big Moose for the foreseeable future.

What this means for the Adirondack Scenic Railroad in the Tri-Lakes is uncertain. Although the planned rail-trail between Lake Placid and Tupper Lake hasn’t been approved or denied yet, we may not see trains travel through the area in either case.

The 34-mile section of railroad track that has caused such controversy is still under review by Acting State Supreme Court Justice Robert G. Main. A few months ago, Main officially delayed his ruling until both parties, the ARPS and New York State (Adirondack Park Agency, NYS Departments of Environmental Conservation and Transportation) could provide additional information on the following:

Since then, the issues surrounding the rail-trail have not been resolved, and many of us are waiting to hear what the future holds for the the Adirondack Scenic Railroad.