It is sometimes easy to forget how lucky we are to live in and near the Adirondack Park. Despite the dozens of peaks, thousands of lakes and rivers, and beautiful views out of every window, the Adirondacks were not always a protested preserve. The New York State Department of Environmental Conservation (DEC) recently unveiled a new exhibit that tells the story of the creation of both the Adirondack and Catskill parks. 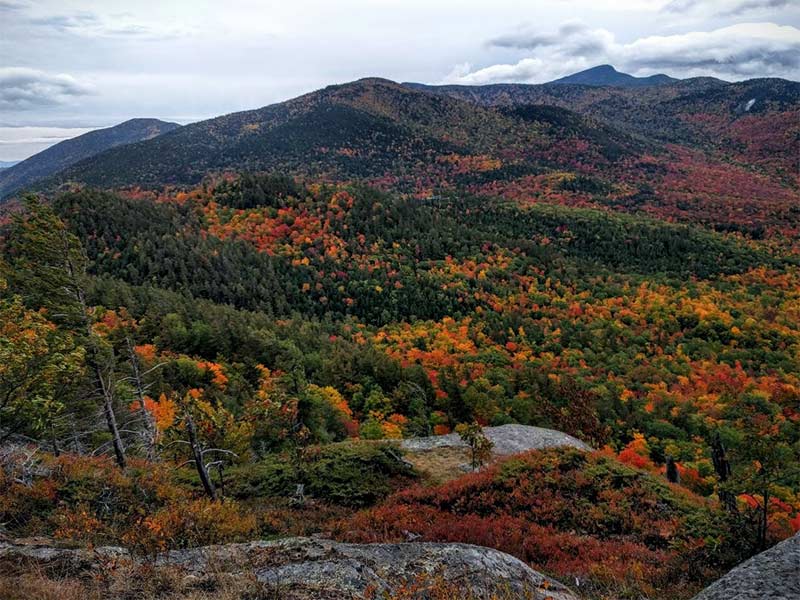 At the end of June, the New York State DEC opened the Birth of the “Blue Line” exhibit that documents the vision and hard work that went into the creation of the Forest Preserve to protect the Adirondacks and the Catskills. In celebration of the 125th anniversary of the Adirondack Park, visitors can examine rare artifacts, maps, survey equipment, filed notebooks, and photographs.

The exhibit is located at 625 Broadway, Albany and features four historic maps that show how the Adirondack Park boundary evolved in the late 1800’s and early 1900’s and will be permanent fixtures in the building. The DEC and the New York State Library worked to scan the forest commission’s original maps in order to make replicas that are now on display for the public.

In addition to the maps, a glass-encased exhibit features antique surveying equipment made by Gurley Equipment Company in Troy, and photographs of land surveyor Verplanck Colvin and his survey crew. Check out some of Colvin’s own field log books that have survived to this day. You can also view hand-drawn maps of significant physiographic features and progress reports showing triangulation methods to determine exact locations of mountain peaks.

History of the Adirondack Park

The Adirondacks were once threatened by excessive logging and deforestation. As early as 1868, land surveyor Verplanck Colvin raised the alarm about the depletion of Adirondack resources, and in 1884 a detailed map was created to survey the remaining timber resources in northern New York. The term “blue line” is derived from what is considered to be the first map of the park made in 1891 that has a proposed outline of the park drawn in blue ink.

The “blue line” stuck as the boundary of the Adirondack Park and on May 20, 1892 New York Governor Roswell P. Flower signed the creation of a 2.8 million-acre Adirondack Park into law. In 1894 the “forever wild” clause, preventing timber cutting on state lands in the forest preserve, was approved.

The efforts of conservationists, concerned locals, and land managers lead to the creation of the largest state park in the country. Today, the Adirondack park encompasses 6 million acres, and Yellowstone, Yosemite, Glacier, Grand Canyon, and Great Smokey Mountain National Parks could all fit together inside the Adirondacks.

The Adirondack Park is now home to approximately 130,000 year-round residents and over 200,000 seasonal residents. Thanks to the conservation efforts of past generations and the continued importance placed on the preservation of the park, locals and tourists can enjoy a wide variety of outdoor recreation opportunities; including hiking, camping, fishing, and water activities.

Find fun activities and things to do in the Adirondacks>>