On Monday, July 26 New York’s Department of Environmental Conservation (DEC) announced that the invasive insect, Hemlock Woolly Adelgid, has reached the Adirondack Park for the first time. The insects were found on two hemlock trees on Prospect Mountain, and the DEC and other scientists are now evaluating the best way to combat the infestation. 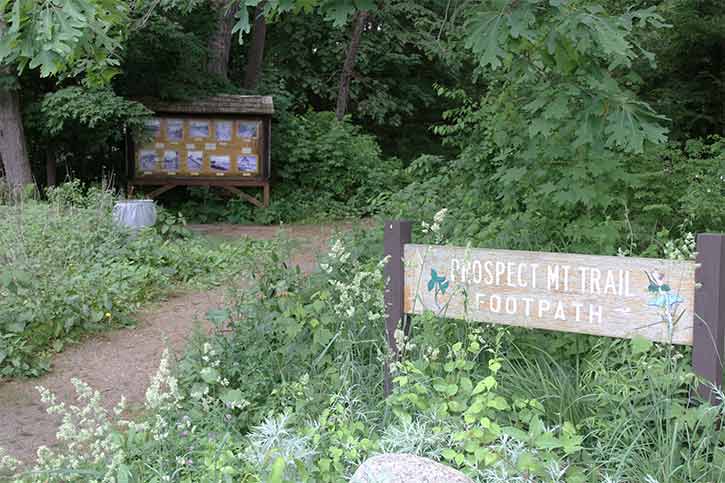 The first known Adirondack infestation of Hemlock Woolly Adelgid (HWA) was found on a branch of an old-growth Eastern hemlock tree on Prospect Mountain in July. Following the report, the DEC dispatched a survey crew to the area, and a nearby tree was also found to be infested with early stage HWA. While this is a minor infestation, it could have major consequences.

Eastern hemlock trees comprise around 10% of the Adirondack Park’s forest, and are among the oldest trees in New York, with some hemlocks growing to be more than 700 years old. The invasive insects, which are native to Asia, usually kill an infested tree within 10 years by feeding off the tree’s stored starches and can easily be spread to other hemlock trees on the wind and by passing wildlife. Eastern hemlocks are incredibly important to the Adirondacks as they help maintain erosion control, water quality, and water temperature.

Previously, the closest known HWA infestation was in Schenectady County, which is more than 40 miles from Lake George. Although a source has not been identified, long distance movement of HWA most often occurs as the result of people unwittingly transporting infested nursery stock.

HWA cannot be effectively controlled by cutting down infested trees, as can be done to handle some other invasive species. The DEC is currently evaluating how to prevent the insects from spreading, and will most likely employ the use of insecticides, which have proven to be the best way to treat the infested hemlock trees. The insecticide would be applied near the base of the tree where it would spread throughout the tree’s tissue, and then be ingested by the insects. There is also a biological control – other insects that are the natural predators of HWA have been used elsewhere to combat infestations and are under consideration.

Hemlock Woolly Adelgids are very small insects from East Asia that were first discovered in New York in 1985. Since then, they have caused widespread hemlock mortality in the Appalachian and Catskill Mountains. The adelgids are most visible in the late fall to early summer during their mature stage; they cover themselves in a white wool-like substance while attached to the underside of the outermost branch tips of the hemlock trees.

The DEC and Cornell University’s New York State Hemlock Initiative will continue to survey the surrounding area for signs of further infestations – and you can help. Hikers, campers, and others outside in the Adirondack’s forests are asked to check Eastern Hemlock trees and report any HWA infestations, so keep an eye out for what looks like small clusters of white wool on hemlock tree branches.