Scifi, animation, and comic enthusiasts rejoice – Comic Con is coming to Plattsburgh for the very first time! The popular convention is expected to bring thousands to the area, with the event having a number of impressive celebrities, enticing attractions, and more. 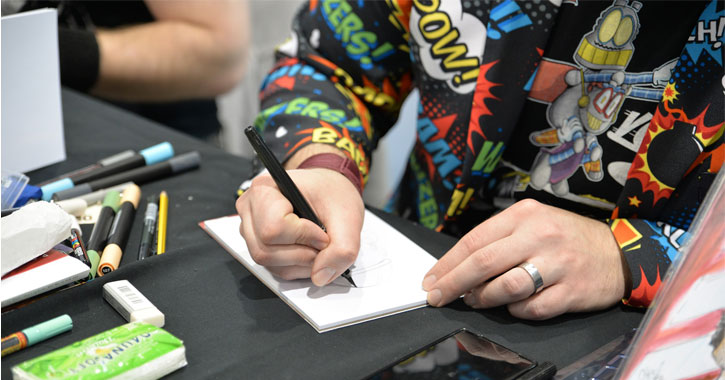 Plattsburgh Comic Con will take place this weekend, Saturday, September 30th, and Sunday, October 1st, at the Crete Civic Center. There will also be an after party at Uno Pizzeria & Grill on Saturday night.

Samuel Chase, President of Chase Comics, decided to bring the event to Plattsburgh after having hosted Comic Con in Saratoga. Tickets are $15 a day, $25 for both days, and VIP tickets are available for $55. There are also discounted tickets for students, military, and seniors for $11. You can buy online ahead of time at PlattsburghComicCon.com or at the door, but the discounted tickets are only available online.

You Can Meet Actors & Celebrities

Chase intentionally brought in a wide variety of people, he told Sun Community News: “We didn’t want just an artist show or a celebrity show, we wanted a show that had everything.”

There will also be cosplay groups Montreal X-Men, Star Wars 501st, and others.

Cosplay, the practice of dressing up as a character, is incredibly popular at Comic Cons, and the Plattsburgh Comic Con is no exception. In fact, they’re hosting two Cosplay Contests.

There will be an Adult Contest on Saturday and a Youth Contest for ages 16 and below on Sunday; you can also enter as a group cosplay with both kids and adults for either contest. A trophy will be awarded to the Best in Show for both, and each contest will be limited to 30 contestants.

In addition to the trophies for Best Show, certificates will be handed out for Best Group, Best Craftsmanship, and Best Performance for each contest.

Real movie buffs will be excited for this aspect of Plattsburgh Comic Con! You’ll get to see: the 1966 Batmobile, the Jurassic Park jeep, the 1967 Chevy Impala from Supernatural, and the Star Wars Landspeeder.

Discover more Plattsburgh has to offer >>