Since the early 21st century, the Olympic Regional Development Authority (ORDA) has worked with the Town of Johnsburg to maintain the town-owned North Creek Ski Bowl. Although the Ski Bowl is currently managed by ORDA in the winter and by the town during the warmer seasons, the two groups have just reached an agreement for ORDA to develop summer activities on a portion of the land. 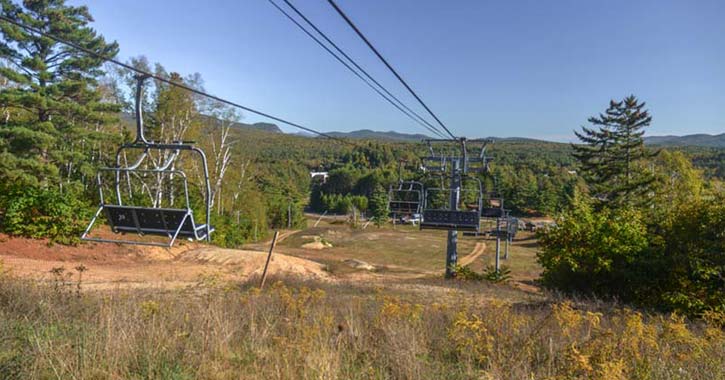 What is the North Creek Ski Bowl?

Located in the Village of North Creek, the historic North Creek Ski Bowl was created back in 1934 as a small, downhill skiing site. Snow trains originally brought skiers from the Capital Region to the Ski Bowl, and over the years, lifts and more trails were added.

However, as the years passed, the Ski Bowl was unable to keep up with the region’s competition, and ownership eventually passed to the Town of Johnsburg, which operated it as a local recreational park.

In 2003, ORDA, which manages the Gore Mountain Ski Resort in North Creek, partnered with the town to manage the Ski Bowl together as a four-season recreational park.

Previously, ORDA had only managed the winter activities at the Ski Bowl, such as cross-country skiing and snowshoeing. Thanks to this new 20-year agreement, ORDA will be able to use part of the Ski Bowl to establish summer activities as part of Gore Mountain’s seasonal attractions. In exchange, ORDA will pay the town $1 plus services and additional considerations.

As reported in an article by the Sun Community News, ORDA’s duties in the agreement will include the following:

The Future of the Ski Bowl

What this all means for the North Creek Ski Bowl is that ORDA/Gore Mountain will begin to work on expanding their number of summer activities and attractions by including the Ski Bowl.

In addition, the new developments will help North Creek and the Gore Mountain Region continue their growth as a four-season Adirondack destination.