A hike to the summit of Little Porter Mountain just got much longer. According to the DEC, the popular one-mile route in Keene Valley has been closed to the public. The closure comes after continued problems with trespassing on private land. 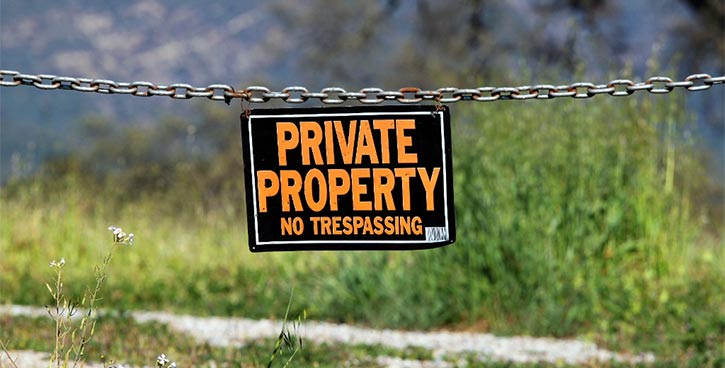 The Little Porter Mountain trail crosses over private property on its way to the summit. According to a notice at the trailhead that was posted to Twitter by DEC forest ranger Scott VanLaer, “the landowner has pursued his right to cease allowing the public to cross the private lands.”

This isn’t the first time that a Keene area trail closed due to trespassing. Just last summer, the Owls Head summit trail was closed by landowners after parked cars blocked access to a private road. Though the Owls Head trail is now open during the week, parking on this road is still prohibited on weekends from 4 PM on Friday to 7 AM on Monday.

Getting to Little Porter

Since the closed trail, which runs about one mile from The Garden parking area to the top of Little Porter Mountain, is no longer an option, hikers wishing to summit Little Porter will instead have to choose one of two other routes.

Each of the alternate routes requires hikers to first take trails to the top of Porter Mountain—a High Peak—then hike another two miles south to Little Porter’s summit.

The alternate trails start at:

Find more trails in the Adirondacks »