Back in June 2015, news that two inmates had escaped from Clinton Correctional Facility in Dannemora, NY spread like wildfire as a manhunt ensued in and around the Adirondacks. The month-long ordeal, which included an elaborate prison break and an accomplice on the inside, captured the attention of people around the world. Now, three years later, actor and director Ben Stiller has turned the unbelievable event into an 8-episode television series, “Escape at Dannemora.”

The harrowing incident began on June 6, 2015 when it was discovered that convicted murderers and prisoners Richard Matt and David Sweat had escaped from Clinton Correctional Facility. Using power tools obtained from their accomplice, prison employee Joyce Mitchell, the two inmates were able to leave their cells and tunnel their way out of the maximum security prison. 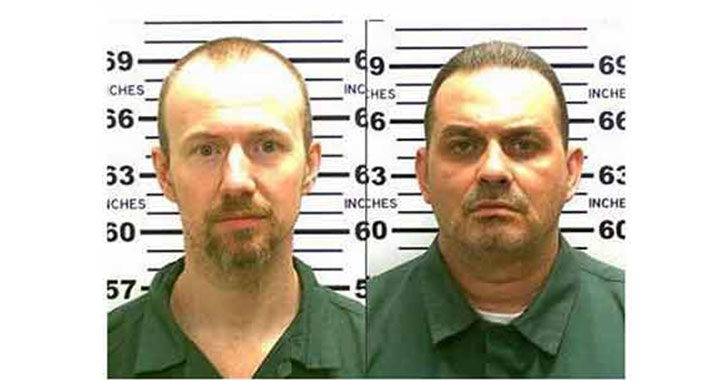 This led to a massive manhunt in the surrounding area, from the Adirondacks and Upstate NY to the Vermont and Canadian borders and beyond. There were various leads over the following weeks, but no confirmed sightings.

On June 22, investigators came upon a hunting cabin near Owls Head that had been broken into and contained traces of the inmates’ DNA. A few days later on June 26, U.S. Border Patrol agents in Franklin County confronted Richard Matt, who was shot and killed. David Sweat was found two days later, and after a chase and exchange of gunfire, he was captured alive.

Fast forward to today, and this real life Shawshank Redemption has been made into a television series that will air on Showtime. Directed by Ben Stiller, the prison break series stars Benicio Del Toro as Richard Matt, Paul Dano as David Sweat, and Patricia Arquette as Tilly Mitchell.

The first trailer for the series was recently released on Youtube, and it highlights Matt and Sweat as they prepare for their escape from Clinton Correctional Facility.

If you’re interested in seeing the full series, then mark your calendar for the premiere of episode one on Showtime on Sunday, November 18th.

Learn more about the great escape from Dannemora >>