Please confirm business hours in advance.
Your Guide to the Adirondack Region
Enter Giveaways Advertise
Home  »  Community  »  Adirondacks Could See Most Colorful Foliage in the State This Fall

It’s no question that autumn in the Adirondack Park can be absolutely stunning. And leaf-peepers may be in for a treat this season, as experts predict that foliage could be more vibrant here than in many other parts of the state! Here’s what you might be seeing throughout the region in the coming weeks. 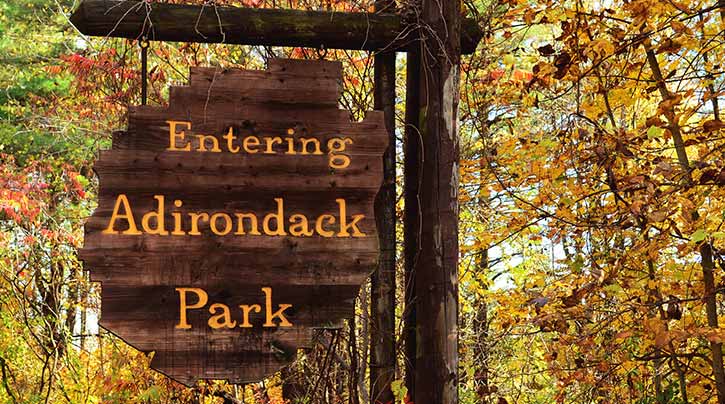 A Good Year for Leaf-Peeping?

According to Donald Leopold, a professor at SUNY College of Environmental Science & Forestry in Syracuse, areas in the Adirondacks experienced sufficient rainfall over the summer season. Leopold told The Post-Star that this could result in good colors throughout much of the region.

On the other hand, some parts of the Adirondack Park have seen drought-like conditions over the past few months. Taryn Bauerle, Cornell University associate professor of plant science, says this may similarly lead to great leaf-peeping compared to other regions in the state. But why?

Apparently, too much or too little water causes stress, which trees react to by changing color more quickly. On top of that, the warm days and cool nights that have accompanied the start of fall should make those colors even more vibrant.

“New York has had wet and warm weather leading into the season, which will delay changes in foliage and lessen their vibrancy,” Bauerle told Sun Community News, adding that the North Country could be the exception. “If the [Adirondack Park] continues to have dry weather paired with the goldilocks scenario — [warm sunny days followed by cool nights] — you will definitely be set up for better colors than rest of region.”

Fall has only just begun, so we could have a bit longer to go before foliage season really kicks off. Added Bauerle to The Sun, “It’s hard to predict Mother Nature and what the next few weeks will bring.”