Located near the northern end of Lake George, Fort Ticonderoga is one of the top historic sites and museums in the Adirondack Park. The mission of the Fort Ticonderoga Association is to preserve Fort Ticonderoga and further its growth as a world-class destination. Recently, the Association announced their plans for a groundbreaking capital campaign and collection preservation at the fort. 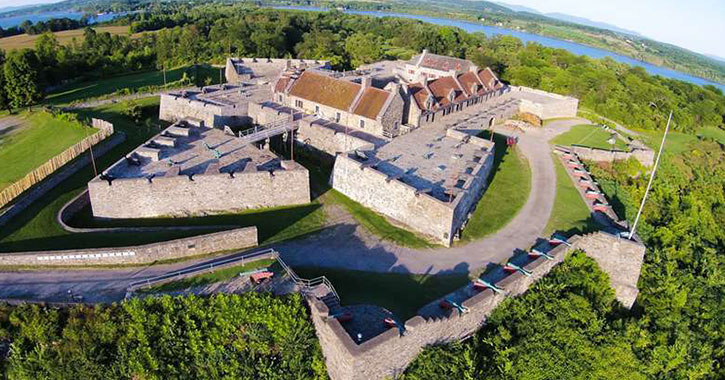 The Fort’s Most Aggressive Expansion Project

According to an article by Fort Ticonderoga, the historic site is ready to move forward with the next phase of their $70 million capital campaign to enhance the visitor experience.

A major part of this campaign is the development of a new state-of-the-art museum that will serve as the country’s premier North American military history museum. Once completed, it will house and display Fort Ticonderoga’s growing collection of historical items from the years 1609-1815.

The new museum isn’t the only plan in store for Fort Ticonderoga. The article also mentioned that the Institute of Museum and Library Services awarded the historic site $249,400 as part of a $619,630 collection preservation project. This three-year project will focus on cataloging and storing over 30,000 items from their objects collections and updating their online collections database.

In addition, a restoration project at the Pavilion, the historic home on the Fort Ticonderoga campus, is in the works and expected to be completed in 2020. New York State awarded the fort a $2.45 million grant to save this national treasure, which was built in 1826 and considered one of the country’s first summer homes.

Finally, in early October, the Fort Ticonderoga Association announced it had acquired 47 acres on the east face of Mount Defiance thanks to a partnership with the Open Space Institute. This acquisition means the Association will be able to protect the entire historically important mountain in the years to come.

The goal is for all these projects and investments to help Fort Ticonderoga continue its growth as a national cultural destination.

Learn more about the fort, and plan your next visit today >>

Discover more museums in the Adirondacks >>