Overcrowded trails. Irresponsible pet owners. Negative interactions between dogs and wildlife. These are some of the reasons behind a new proposal to ban dogs from hiking trails in the High Peaks Region of the Adirondacks. 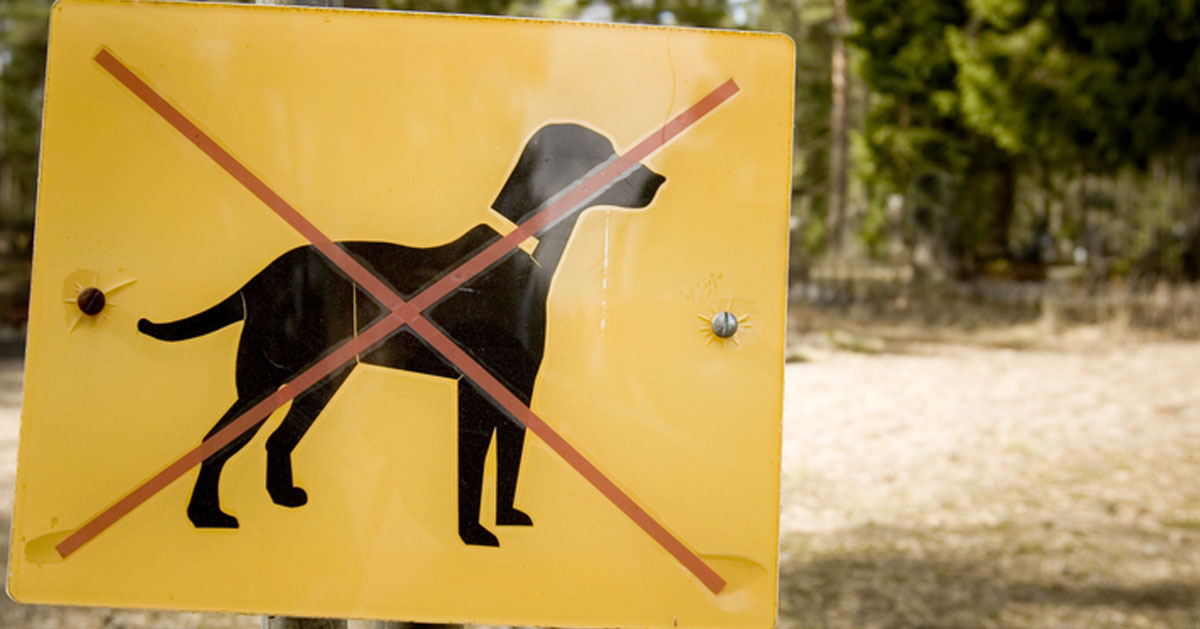 No More Dogs in the High Peaks?

The banned dogs proposal specifically looks to prohibit hiking or camping with all breeds of dogs in the High Peaks Region, which includes the Dix Mountain Wilderness. The proposal comes from a newly formed grassroots preservation group called Protect, Uphold, Preserve & Sustain (PUPS).

PUPS comprises about two dozen individuals of various ages and backgrounds ranging from retired forest rangers to current botany students. They all have one thing in common: they want to see the Adirondacks preserved for generations to come, and they’ve reached out to various similar organizations with the intent to collaborate together on how to save this green space. This proposal is their first significant effort.

“You need to be both a responsible hiker and a responsible dog owner when you hike with a dog, and it’s tough to enforce both of those things,” group leader Triste Chatton told us. “I’ve seen people hiking in the Eastern High Peaks, in sneakers, with a dog off leash, and that’s just the beginning of the problem.”

Reasons Behind the Proposed Ban

PUPS cites a number of issues as the reason behind their dog-banning proposal: a general overcrowding problem in the High Peaks Region, dogs not on leashes, dog feces not being cleaned up properly, negative encounters with wildlife, and finally, hikers pushing their dogs beyond their limits by taking them on hikes they cannot handle, as well as not providing enough hydration.

When asked about evidence of the latter, Chatton cited an incident last year where a dog died after hiking Giant with its owners. Does that one incident indicate a trend? PUPS thinks it does, when coupled with an increased number of visitors to the High Peaks Region over the past decade, many of whom bring their dogs with them.

Chatton goes on to say, “A ton of people on the trails can put a serious damper on individuals looking to seek much needed isolation in the wilderness as they escape from suburban or city life; a barking dog will also disturb this sense of solitude.”

Like other preservation groups worried about overcrowding, PUPS is also concerned about trail erosion and damage to fragile vegetation, parking issues (particularly on Route 73), and an increase in human and dog waste.

Cascade Mountain in particular is frequently cited as an example of overcrowding. It’s a dog-friendly mountain touted as a fairly easy hike with spectacular views. As a result, both the summit and parking are often beyond capacity.

Some groups have suggested a permit system be used to cut down on the number of hikers in the region and PUPS says the dog ban could be an even better solution.

The Problem With Dog Poop

When hiking with a dog, hikers are expected to clean up after them. When camping with a dog, they’re required to bury the feces as they would their own, but according to PUPS, many recreationists don’t properly dispose of poop at all.

“Look, we knew this wasn’t going to be a popular proposal for obvious reasons,” PUPS member Brady Filson said. “It’s not something we’re taking lightly. I love dogs and am a dog owner myself. But this proposal protects the dogs, the hikers, the wildlife, and the plant life – everyone and everything that lives in and enjoys the Adirondack region.”

Dog feces can contain coliform bacteria, hookworms, roundworms, tapeworms, and more, Filson explained. This bacteria and potential parasites can stick around in the soil for years, making its way into the water systems and affecting wildlife.

The dog ban proposal is expected to come to a resolution either way by mid-June, which is typically when mud season ends and the summer hiking begins. While the proposal is limited to the High Peaks Region, PUPS seemed to indicate that if it goes well it might be considered for other regions as well.

While this proposal may sound extreme, it’s actually not the first of its kind. Other trails and parks in the US and Canada have implemented just such a ban, including many trails in Colorado National Monument, most trails in Yosemite National Park, and British Columbia’s Joffre Lakes Provincial Park.

*April Fools! You can still hike with your dog in the High Peaks.