Please contact businesses to confirm their hours before visiting. Click here for FAQs on What's Open.
Your Guide to the Adirondack Region
Enter Giveaways Advertise
Home  »  Community  »  Coalition Group Looks to Ban ATVs in the Adirondacks

All-terrain vehicles, also known as ATVs, provide a range of recreational fun and valuable uses. Unfortunately, they can also cause significant damage to land and resources. A coalition of conservation groups believes New York State needs to do more to combat the impact of ATVs in the state, and in the Adirondacks specifically. 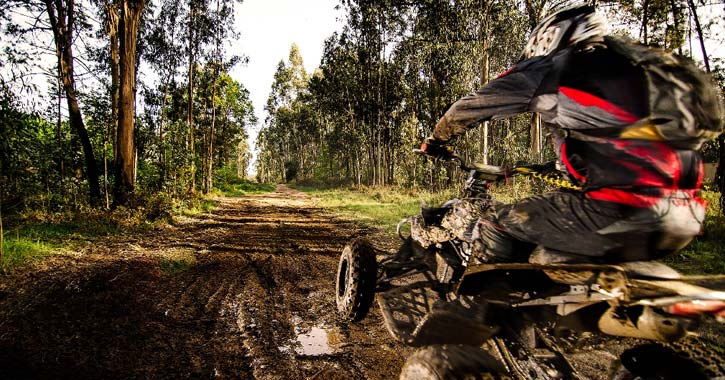 What the Coalition Proposes

The coalition, comprised of conservation groups like the Adirondack Council, recommends a ban on private ATV use in forest preserve lands in addition to a law prohibiting anyone younger than 16 from operating an ATV.

A recently published report from the coalition details the negative influence ATVs have had in the state. They cited the Adirondack and Catskill regions in particular as major problem areas.

They insist that ATV use is incompatible with natural resource protection. On the Adirondack Council website, they call attention to the damage to vegetation, soil erosion, increased runoff, degradation of water supply, and noise disturbance these machines can cause.

Safety is also discussed in the report; NYS ranks among the top 10 states for ATV-related deaths and injuries. They cite a report from the Consumer Product Safety Commission indicating that 22% of ATV deaths have been children under the age of 16.

At the same time, the report acknowledges how useful ATVs can be on farms, in private forests, for rescue operations, and for providing access for persons with disabilities. But when it comes to forest preserve lands, they’d like the ATV riders to head somewhere else.

A Look at Current ATV Regulations

Those looking to ride ATVs can do so on their own property, or they can join an ATV riding club that has trail networks established through landowner participation.

There are current policies in place that don’t allow ATVs in public areas, but the coalition doesn’t think this is enough. According to the coalition’s report, the Adirondack Park State Land Master Plan doesn’t allow the operation of ATVs on foot trails or on any lands classified as wilderness, and discourages the state from promoting their use on the forest preserve.

Currently, there are no locations where recreational ATV use is permitted on the forest preserve. However, the DEC can designate roads crossing the preserve as open to motorized vehicles, including ATVs. This can expose the edges of the wilderness lands to potential harm.

Moreover, it can be difficult to monitor illegal ATV use on state lands. The report indicates the amount of public land each ranger patrols has increased from 28,516 acres in the 1970s to 53,752 today.

Therefore, the coalition feels we need stricter regulations to preserve our gem of Adirondack land and other wilderness areas in the state.

What do you think about the proposed ban?