Home / Events / CANCELED: Jazz at the Lake: Lake George Jazz Weekend
PLEASE NOTE:
The information you are viewing for this event is from Saturday, Sep 19, 2020.
Please check back for updates. 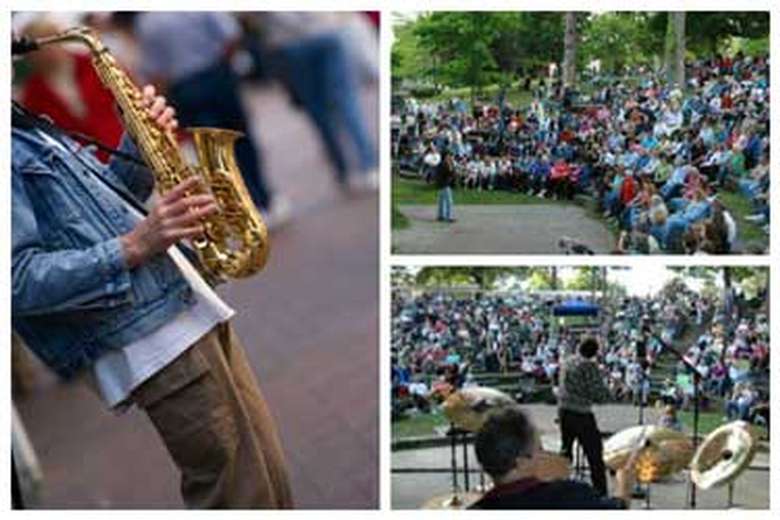 Due to the uncertainty caused by the global pandemic, the Lake George Arts Project has made the difficult decision to cancel Jazz at the Lake for 2020.

Hosted by the Lake George Arts Project, this contemporary jazz festival includes performances by some of the most talented jazz musicians on the planet.

Stay tuned for the 2020 schedule as it becomes available! For an idea of what to expect, check out last year's details:

Camila Meza, equally prized as a vocalist, guitarist, and composer, has brought a sound full of warmth, intricacy and rhythmic clarity to the New York jazz scene ever since her arrival from Santiago, Chile in 2009. Inspired by jazz, South American music and American popular song of many eras and genres, she has uplifted audiences worldwide with her rare combination of talents: assured and beautiful singing; highly advanced guitar; and vividly colorful, melodic songwriting that reveals complex layers with every listen. Her latest album, Ámbar, released on Sony Masterworks, features her group The Nectar Orchestra, an 8-piece group consisting of guitar/voice, piano, bass, drums with string quartet

Downbeat Critics Poll Winner and Grammy Award-winning tenor saxophonist Wayne Escoffery is one of the jazz world’s most talented rising stars and in-demand sidemen. For the past decade, Escoffery has toured the globe with trumpeter Tom Harrell, recorded seven CDs with The Tom Harrell Quintet and co-produced four of those releases. He has also been a member of The Mingus Dynasty, Big Band and Orchestra since 2000 and has made several recordings with that group. He has recorded and performed internationally with the who’s who in jazz including Ron Carter, Ben Riley, Abdullah Ibrahim, Eric Reed, Carl Allen, Al Foster, Billy Hart, Eddie Henderson, Rufus Reid, Wallace Roney, and Herbie Hancock.

For over 40 years, internationally acclaimed jazz pianist Chano Domínguez has integrated the rhythms and languages of jazz and flamenco, placing him among the most influential musicians in the history of flamenco-jazz. He has released over 20 albums as a band leader, and has collaborated extensively with other jazz artists including Paquito D’Rivera, Gonzalo Rubalcaba, Joe Lovano, Chucho Valdes, Wynton Marsalis, and the Lincoln Center Jazz Orchestra. Piano Ibérico features Chano’s trio of piano, bass, and percussion augmented by flamenco singer Ismael Fernandez and flamenco dancer Sonia Olla. This performance of Chano Domínguez’s Piano Ibérico has been made possible with support from Chamber Music America’s 2017 New Jazz Works program funded through the generosity of the Doris Duke Charitable Foundation.

Since moving from Chesapeake, Virginia to New York City in 2001, Nate Smith has helped reinvigorate the international jazz scene with his visceral style of drumming by playing with such esteemed leading lights as guitarist Pat Metheny, bassist Dave Holland, saxophonists Chris Potter and Ravi Coltrane, and singers Patricia Barber, Somi, and José James. The New York Times described Smith as “a firecracker of a drummer.” Smith’s rising career reaches a new benchmark with the release of his bandleader debut, KINFOLK: Postcards from Everywhere, on which he fuses his original modern jazz compositions with R&B, pop, and hip-hop.