The Leland House was completed at an ideal time when the Adirondack Railroad and a new bridge made access to Schroon Lake easier than ever. This three-story structure was initially designed to sleep 125, but was expanded to accommodate 50 additional persons in 1875. 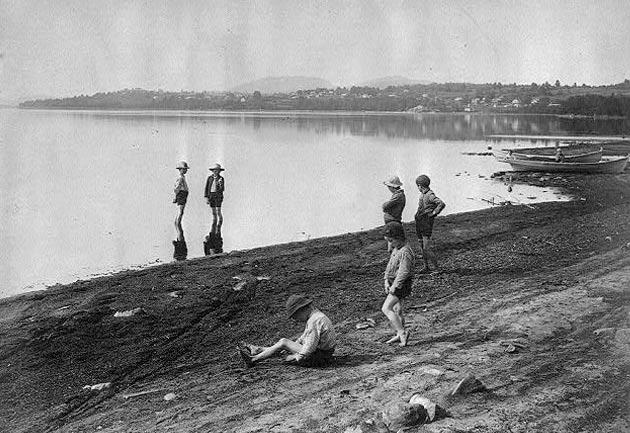 The Victorian hotel featured a front veranda, a two story porch, and an obvservatory, and like so many other resort hotels achieved instant success.

Subsequent additions brought more bedrooms, a children's dining room, an enlarged grand dining room, and a new kitchen. The dining room itself could hold 300 people and the kitchen featured the most modern appliances.

The six-acre gardens featured flowers, shrubs, and fountains, and the superb service inside the hotel gained it a pristine reputation.

The Leland House eventually changed ownership multiple times, but new owners upheld the same standards that the previous ones did. In the midst of a prosperous period in October 1914, the Leland House and three of the cottages on the property burned to the ground.

The owners of the property at the time quickly rebuilt a second Leland House, which was well-regarded as a modern example of a resort hotel. It operated for more than two decades before meeting the same fate as its predecessor, and going up in flames in December 1938.