Enjoy Tasty BBQ & So Much More

The I Love BBQ & Music Festival of Lake Placid started out with 16 barbecue teams competing in 2005, and has now grown to four dozen teams. This major fundraising event has raised more than $300,000 over the years for Lake Placid’s Shipman Youth Center, and they’re not stopping there. 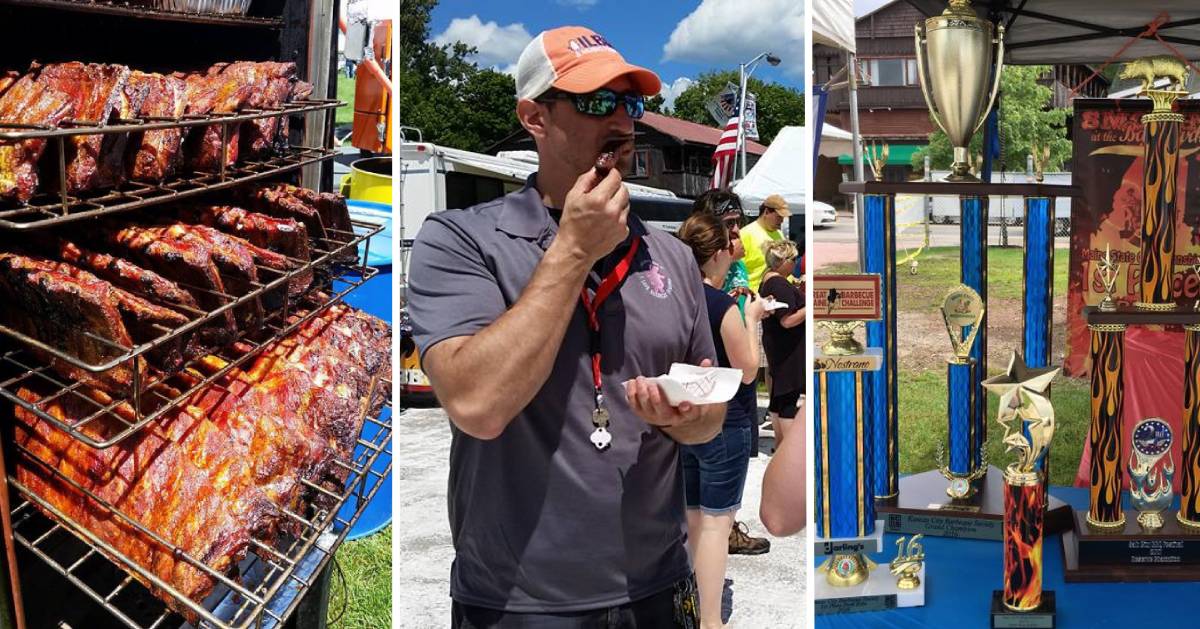 Keep reading to check out what's happening for 2022, including a new competition and an internationally renowned musical act! Plus, read up on why the Shipman Youth Center, which receives 100% of festival proceeds, is such a great cause to support.

Get a Rundown of the Highlights 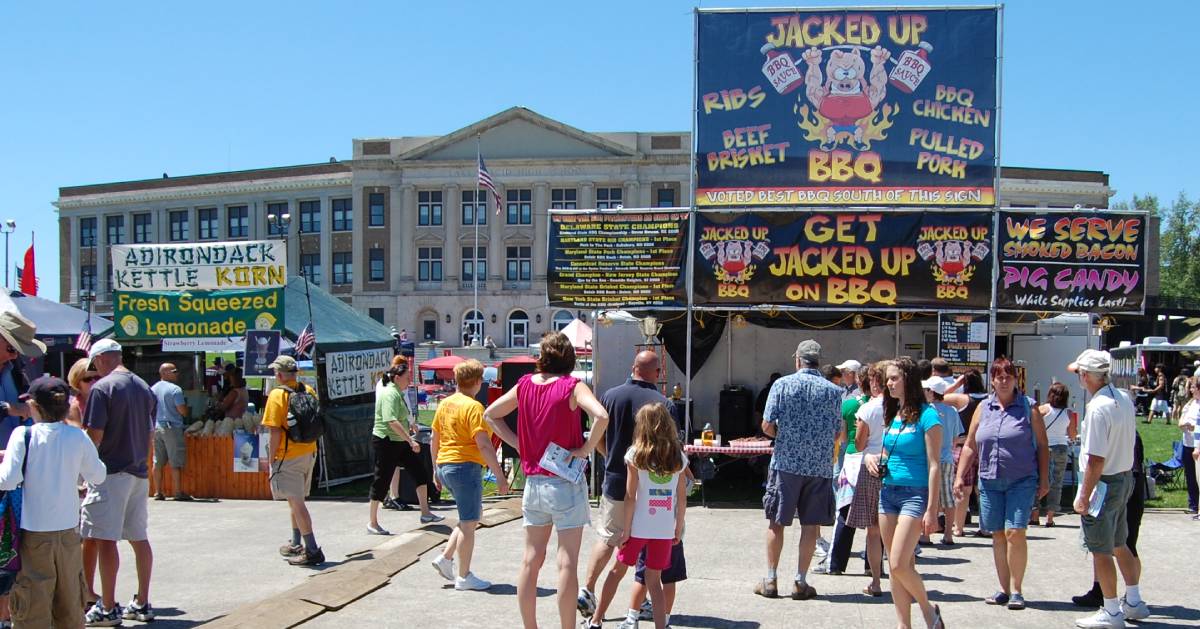 "We are expecting 40 professional barbecue teams from around the country and abroad to attend," said Dmitry Feld, Chief Organizer of the festival, President of the Shipman Youth Center, and Marketing Manager for USA Luge.

There are multiple competitions taking place throughout the festival, with the primary contest being those 40 teams competing to win the title of Grand Champion. The competition is sanctioned by the Kansas City Barbecue Society (KCBS), the world's largest organization of barbecue and grilling enthusiasts. New this year, there will be a KCBS steak competition! 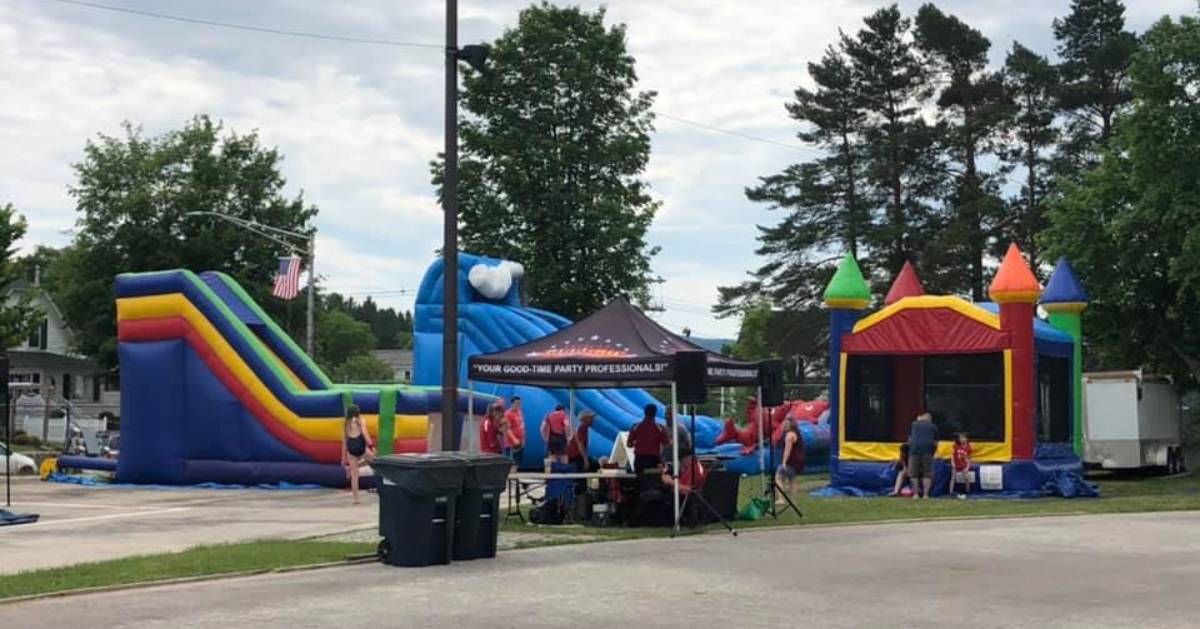 Festival fans can also look forward to the return of Buck-A-Rib, the most popular event at the festival. This is a public tasting event, with ribs prepared by competitive teams. Pay $1 per rib to get in on the tasting and judging!

Be Ready to Experience Professional Wrestling 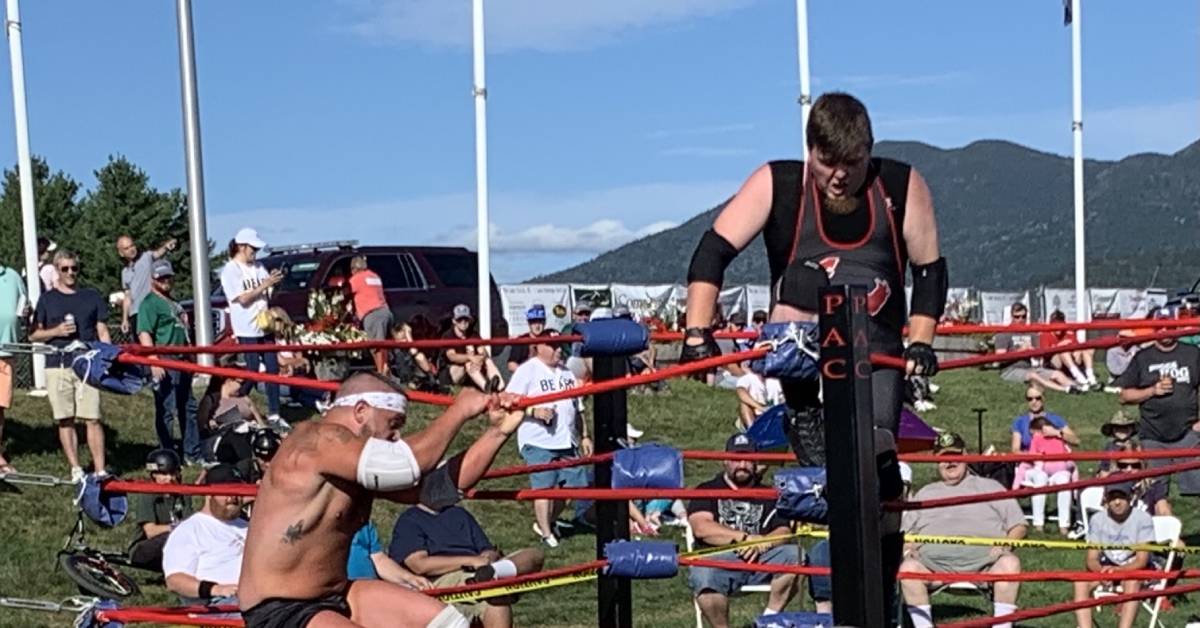 Last year, 2021, was the first time the festival introduced professional wrestling. When Feld read about Performance Arts Connection (PAC) raising money for a school in Moriah, he knew he wanted this organization to be a part of the festival; PAC is a nonprofit that specializes in action wrestling shows to support various needs of the community.

The addition of wrestling to the festival proved successful, so the group is returning again this year, and they're bringing a few wrestling stars with them: Crusher Bigelow (Hardcore Iron), Scrap Iron (The Iron Man of PAC), and more!

You can expect a kid-friendly, family-focused wrestling show from PAC, which by the way, does not accept compensation for the shows the group does. "We've done similar events to this dating back to 2010," PAC wrestler Justin Gaddor told us. PAC has performed at fundraisers for causes like a food pantry, Toys for Tots, cancer, cystic fibrosis, and suicide awareness.

For more on what to anticipate from the exciting performance, you can check out PAC on Facebook. Wrestling takes place on Saturday from 7pm to 8:30pm, and on Sunday from 11:15am to 12:30pm.

New this year, bluegrass royalty duo The Gibson Brothers is headlining the I Love BBQ & Music Festival! The group has twice been named International Bluegrass Music Awards' Entertainers of the Year.

"Adding the Gibson Brothers to our event will truly elevate the festival, and hopefully add many more in attendance to raise money for the Shipman Youth Center," Feld said.

The Gibson Brothers have 14 albums under their belt, and the most recent, Mockingbird from 2018, draws from brothers Leigh and Eric Gibson's experiences being raised on a family farm in Plattsburgh; Plattsburgh is just about an hour from Lake Placid, where the festival takes place.

The Gibson Brothers will perform on the first night of the festival, Friday, from 7pm to 8:30pm.

Check Out the Full Festival Schedule 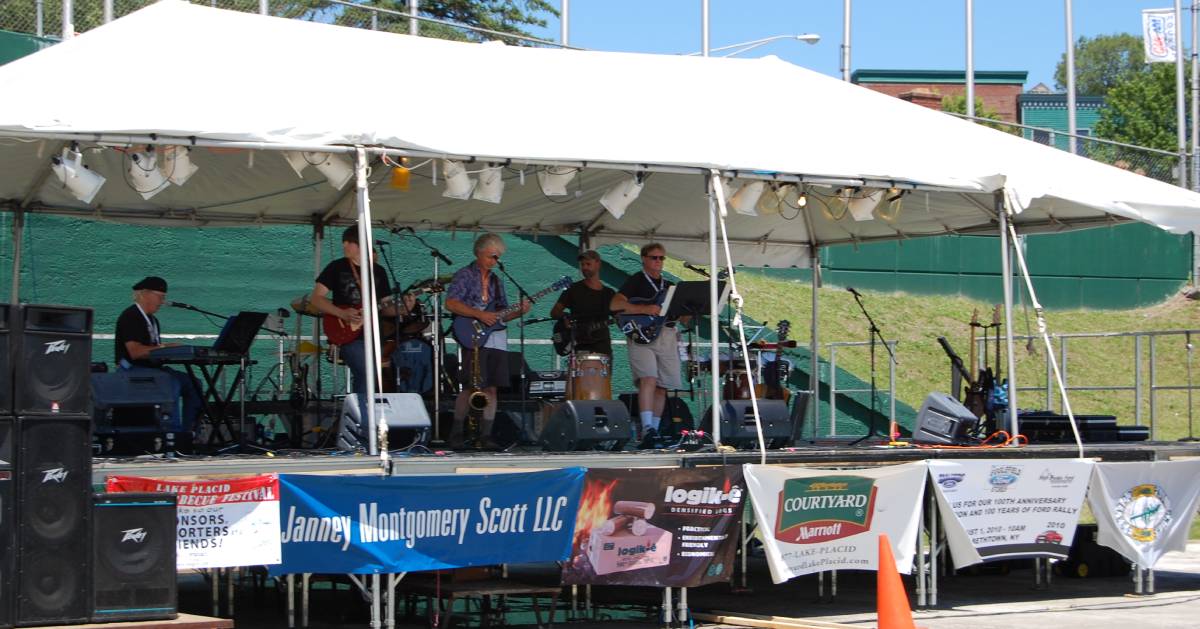 Here's the full schedule of events for 2022: 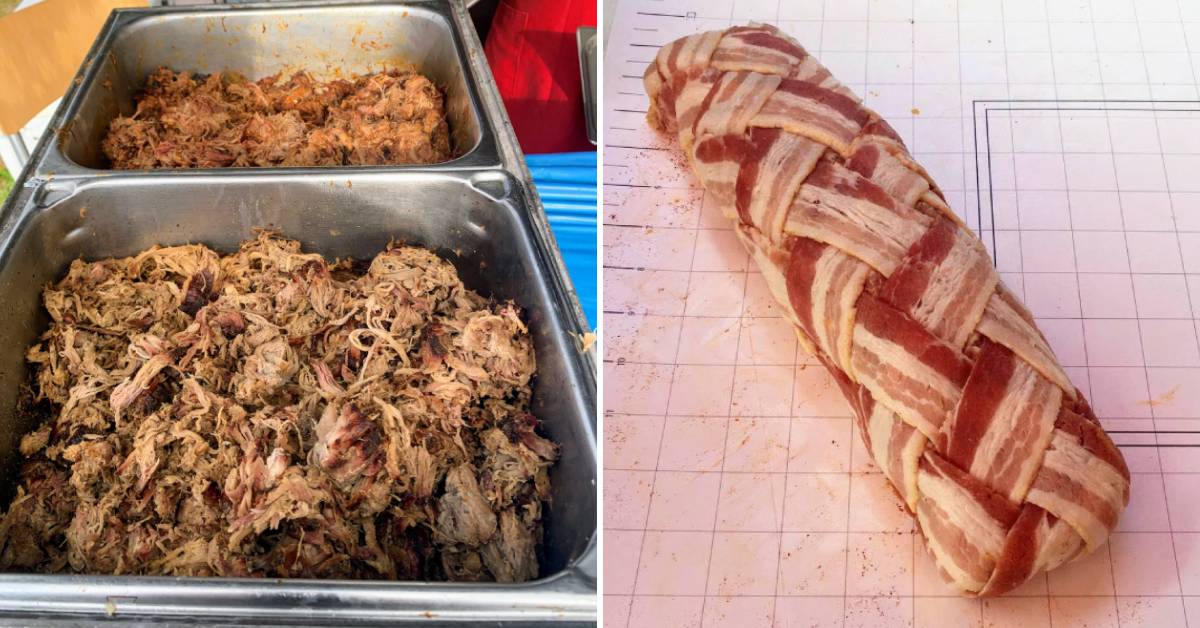 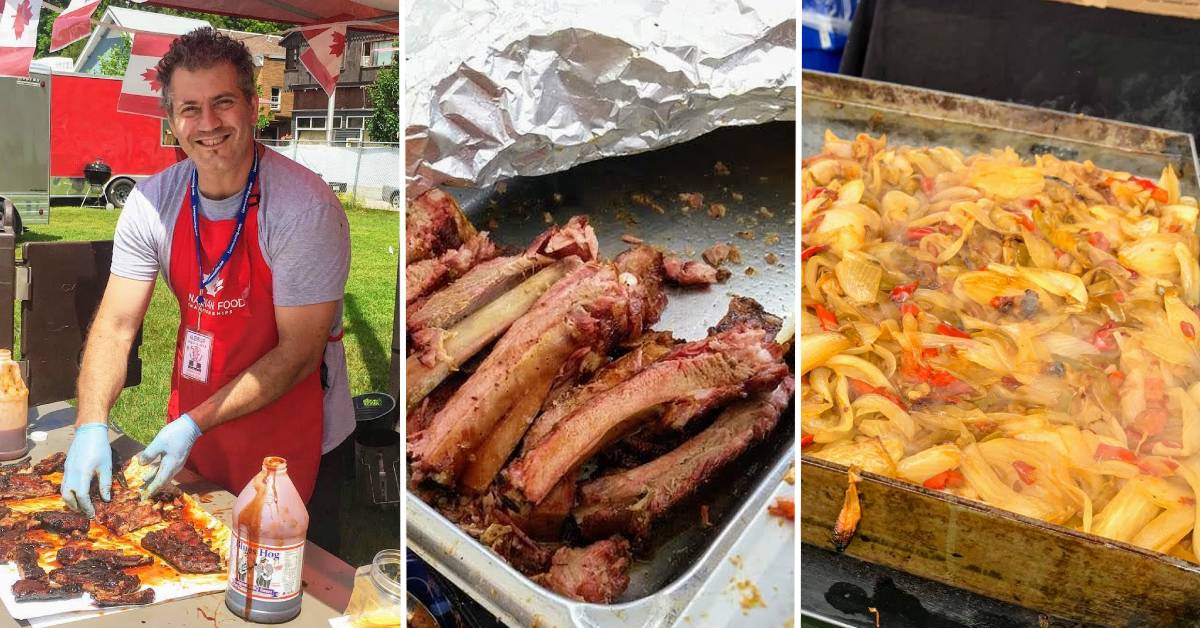 *Raffle tickets cost $50 each, with only 300 tickets available. You can visit shipmanyouthcenter.org to purchase a ticket, and you'll be sent your ticket number. Remember, proceeds benefit the Shipman Youth Center! 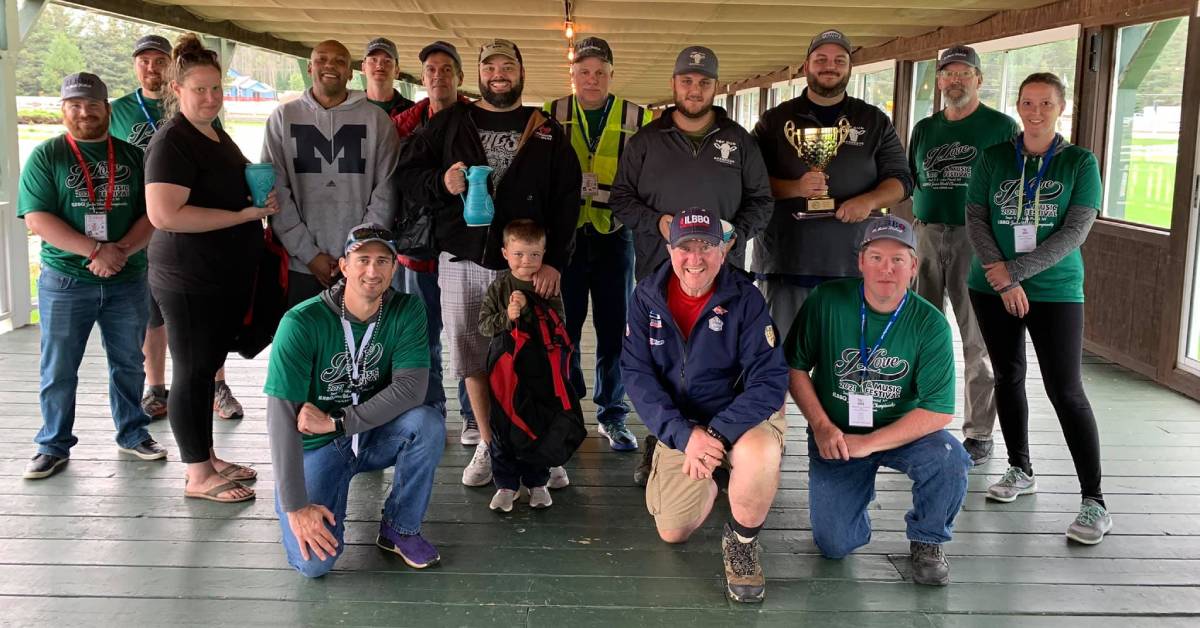 The Shipman Youth Center in Lake Placid was inspired by Thomas Shipman, a youth police officer who passed away at just 39 years old in 1995. He always wanted a local youth center, and the community made it happen.

This youth center has provided hundreds of services for local kids and teens, including recreational services, volunteer opportunities, and just a general, safe place for kids to hang out five days a week. 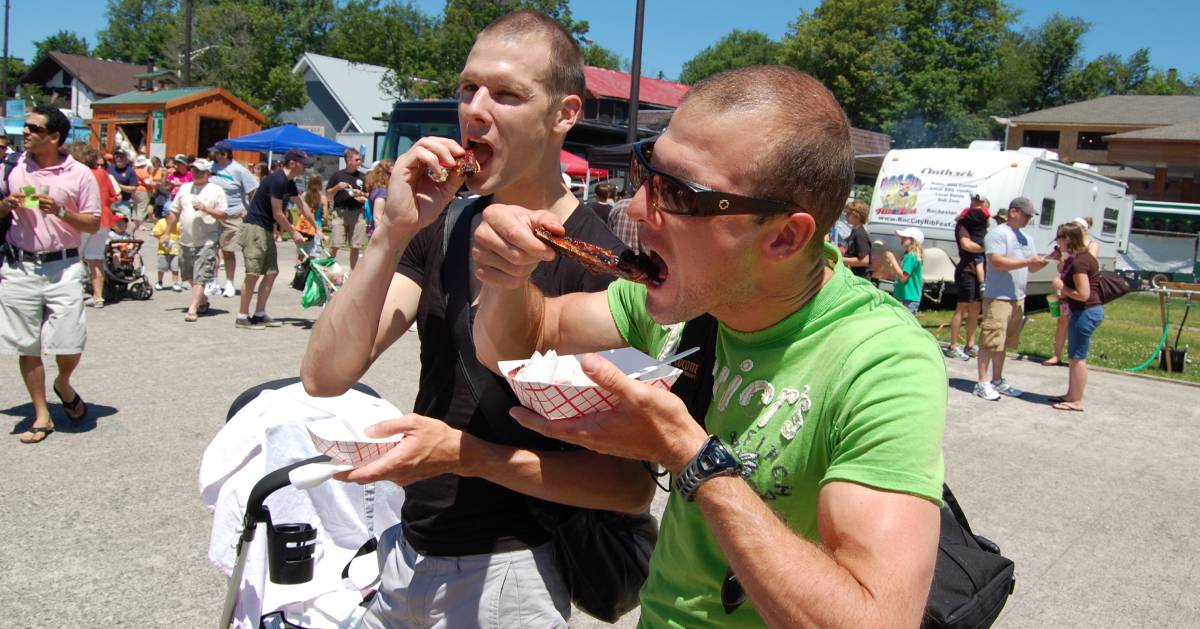 The I Love BBQ & Music Festival was named one of the Top 10 Barbecue Festivals in America by USA Today in 2016. After learning more, we’re not surprised! Plan to attend one or more festival days this Labor Day Weekend, September 2 - 4, 2022.

The Festival takes place at the North Elba showgrounds in Lake Placid, at 5514 Cascade Road, across from the Olympic Ski jumps. You can find directions, info on how to become a judge, and more at their website, linked below.

Bonus Tips for the Festival: Where to Stay & Eat While You're in Lake Placid