Home / Things to Do / Pickleball

Pickleball: What It Is & Where to Play It 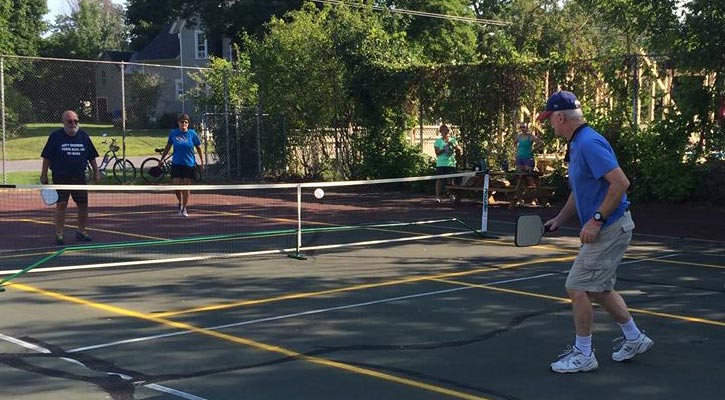 Elements of tennis, badminton, and ping pong come together to form the fastest growing sport in our country: pickleball! One of the reasons why pickleball is so popular is because individuals of all ages and skill levels can play it. The courts are small, so there isn't too much running around.

The ball must bounce once on each side before volleys are allowed, so some of the power of the serve is taken away; you can be a great pickleball player even if you don't have a killer serve. The game is played with a paddle and a plastic ball with holes and can be played as doubles or singles.

Note: It's safest to call ahead to individual locations before heading out to play pickleball. Many of the following only offer pickleball at certain times or during particular times of the year, some may charge a fee, or you might have to be a member of the facility or be staying at the facility to participate.

Places to Play Pickleball in the Adirondacks

Find where to play pickleball in Lake George >>

Find where to play pickleball in Glens Falls >>

Discover more things to do in the Adirondacks >>