Your Guide to the Adirondack Region
Enter Giveaways Advertise
Note: Adirondack.net is not responsible for posts and comments written by non-staff members.
Home  »  Adirondacks  »  Prime Time for Taurid Meteor Shower! 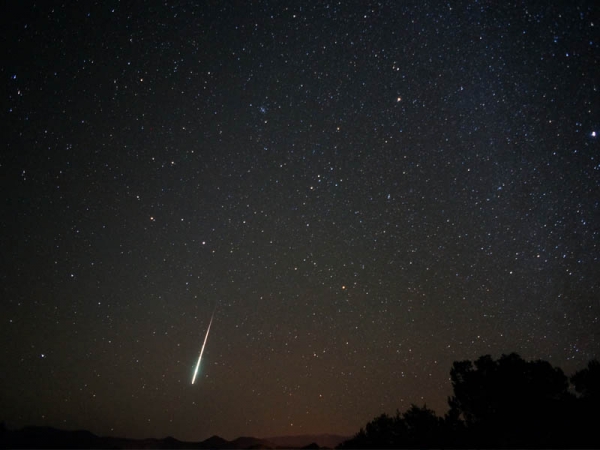 As the Earth orbits around the Sun, it passes through regions with varying concentrations of interplanetary debris. This results in periods of visible meteor activity in the sky throughout the year, known as meteor showers.

So, if we can look up at the night sky and see particles from comets and disintegrating masses traveling in space fairly often, why should we pay attention to the meteor shower currently at its height right now, the Taurids? In fact, every meteor shower is worth seeing! It often takes a keen eye in conditions with little to no light pollution to notice a meteor, and patience is a virtue.

Luckily, the Adirondacks is a great place to get a glimpse of the Taurid shower, one of the finest celestial events of 2015. From November 10-12, the New Moon is overhead, meaning that there is more visibility in the sky due to the lack of moonlight visibility. Although meteors in the Taurid stream do not move as fast as those in other streams, it is estimated that 7-10 fireballs (a particularly bright meteor) pass by the Earth at 65,000 miles per hour after midnight! Plus, 2015 is likely the peak of the Taurid’s approximately 7-year cycle of fireballs, and the Taurid display has not had such an abundance of fireballs since 2005.

If you look closely at the sky this week, you may notice that meteors fly through the sky from two different directions, or from two different radiant points. These two different radiant points correspond to the South Taurids, found in the southern Taurus, and the North Taurus, found in the northern Taurus. Resembling a bull, the Taurus constellation climbs higher in the sky throughout the night, which makes meteors more visible. Nevertheless, the Taurid shower remains above the northern horizon line throughout its performance, and fireballs can be found flying in the range of the entire sky.