Experience 7 Great Wonders of the Adirondacks for Yourself

There's no doubt that no matter the season, the Adirondack Park is full of wonder and beauty. In the park's more than six million acres you'll find countless bodies of water, hundreds of hiking trails, and history-rich sites from the past.

Read on to discover seven natural or man-made wonders of the Adirondack Park that you won't want to miss!

Float Through the Grand Canyon of the Adirondacks 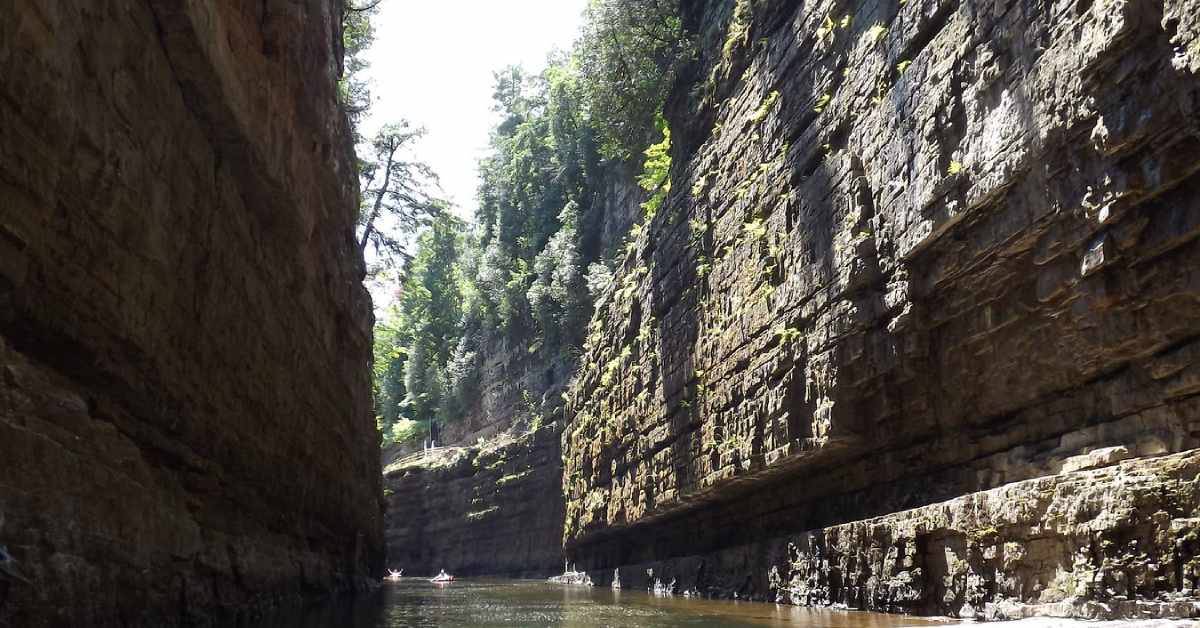 Located in the northeastern section of the park, Ausable Chasm is known as the Grand Canyon of the Adirondacks. It was cut by the Ausable River through rock that's 500 million years old. Here visitors can enjoy hiking the trails, rock climbing, and tubing the river while taking in the impressive vertical faces of the canyon's walls.

See it for yourself »

Get a Taste of the Gilded Age at a Great Camp 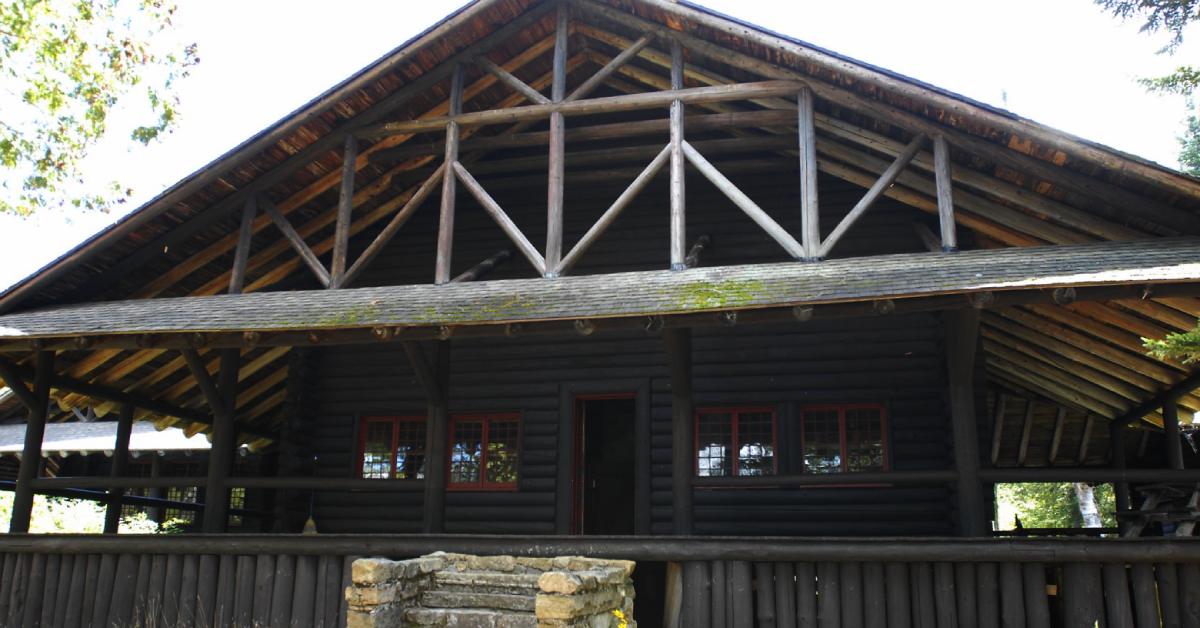 Built in the late 19th century, Camp Santanoni is an Adirondack Great Camp with three distinct building groups set on more than 12,900 acres. Originally built and owned by Albany banker, Robert C. Pruyn (1847-1934), this great camp isn't quite traditional: the overall camp design was inspired by Pruyn's early years spent in Japan. Many of the buildings are open to the public for tours and the camp features recreational trails and primitive camping locations.

See the Most Massive Marble Cave Entrance in Eastern America 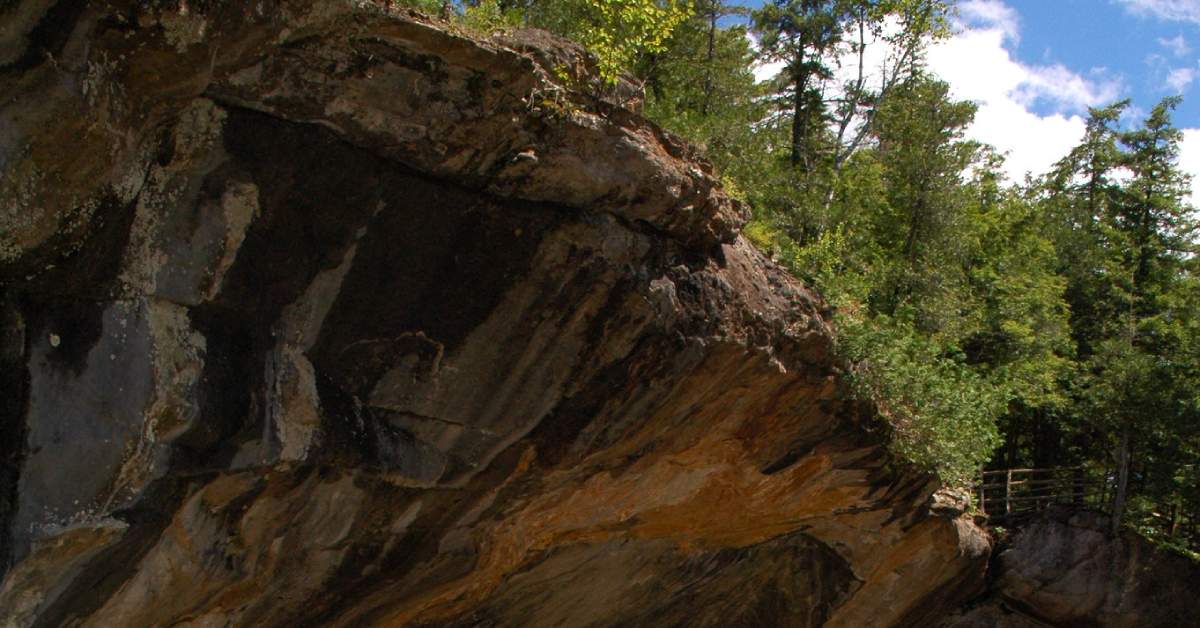 Not far off I-87 in Pottersville, you'll find Natural Stone Bridge & Caves, which boasts the largest natural marble cave entrance in the East. The entrance is more than 180 feet wide and over 60 feet tall. This cave system was formed by retreating glaciers during the last ice age. Visitors can enjoy a self-guided trail tour or opt for the Summer Adventure Tour and explore inside the cave. 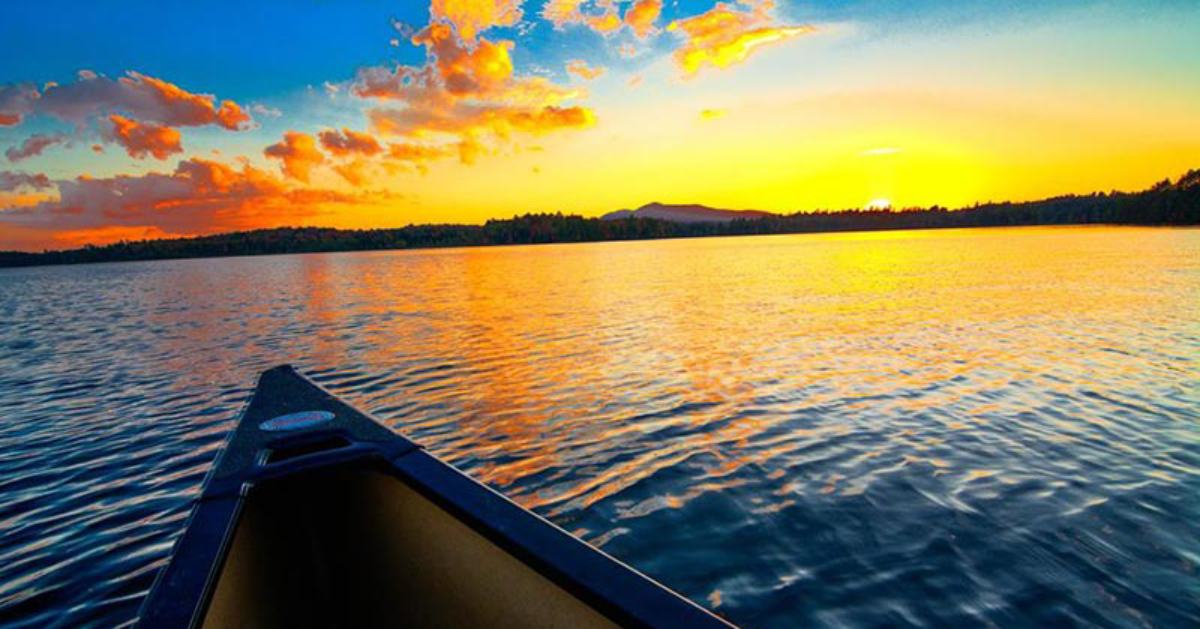 The largest canoe area in the Northeastern US and the only designated canoe area in New York, St. Regis Canoe Area has over 18,400 acres and 58 bodies of water. The fire tower on St. Regis Mountain's summit is visible from much of the water in this area. Two popular treks, the Seven Carries and the Nine Carries, traverse multiple ponds, between which you'll need to carry your canoe to the next body of water (carries are also known as portages outside of the region).

Hike to One of the Tallest Waterfalls in the Adirondack Park 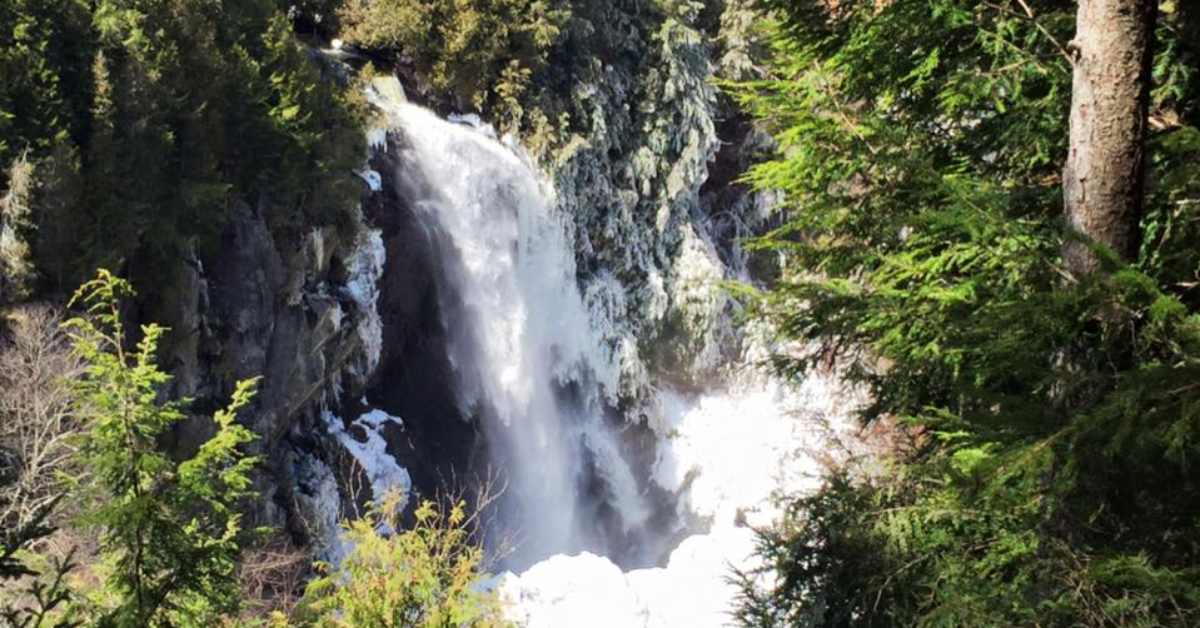 Inaccessible to the public before 2013, OK Slip Falls is over 200 feet tall, making it one of the tallest waterfalls in the entire Adirondack Park. This half-day hike features two overlooks of the falls before you reach the top. Visitors can catch OK Slip Pond flowing into the Hudson River and even take a rest on some large tree roots.

Go Hunting for an Adirondack Treasure 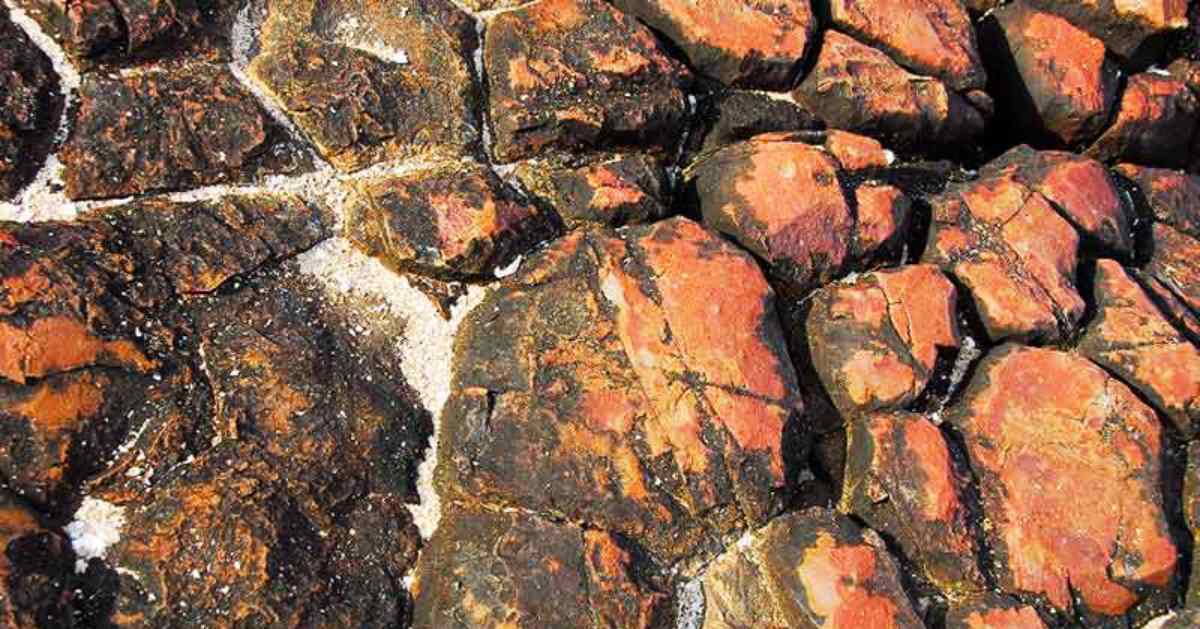 Established in 1878, the Barton Garnet Mine is one of the largest garnet deposits in the world. The Barton family began mining garnet for abrasives on Gore Mountain, but operations moved to Ruby Mountain in 1983. Tours of the mine date back to 1933, and today are run by the Gore Mountain Gem & Mineral Shop (formerly Garnet Mine Tours).

Trek Through a Majestic Mountain Pass 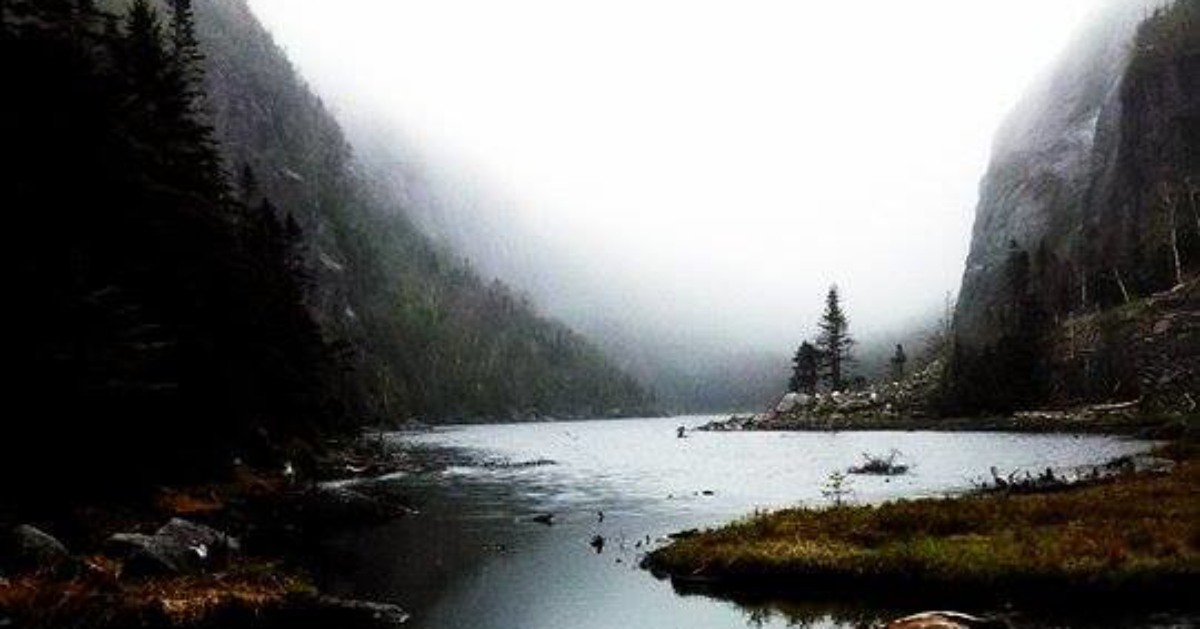 Take in one of the most beautiful mountain passes in the Adirondacks where rock slides and avalanches are commonplace. In the winter, you're likely to run into Nordic skiers along the trail which follows one-mile long Avalanche Lake. You may find yourself using the wooden catwalks first bolted into Avalanche mountain in the 1920s as you trek the through hike from Upper Works to the Adirondack Loj (or vice versa). Along the way you'll take in views of sheer rock faces and more recent rock slides.

Book a vacation rental to take in the wonder privately >>