Centrally located within Essex and Franklin Counties, the 46 High Peaks of the Adirondacks are on the bucket list of many outdoor enthusiasts. Get the info you need below to become a 46er, or just head out into the High Peaks Wilderness with confidence, knowing you researched and planned ahead. 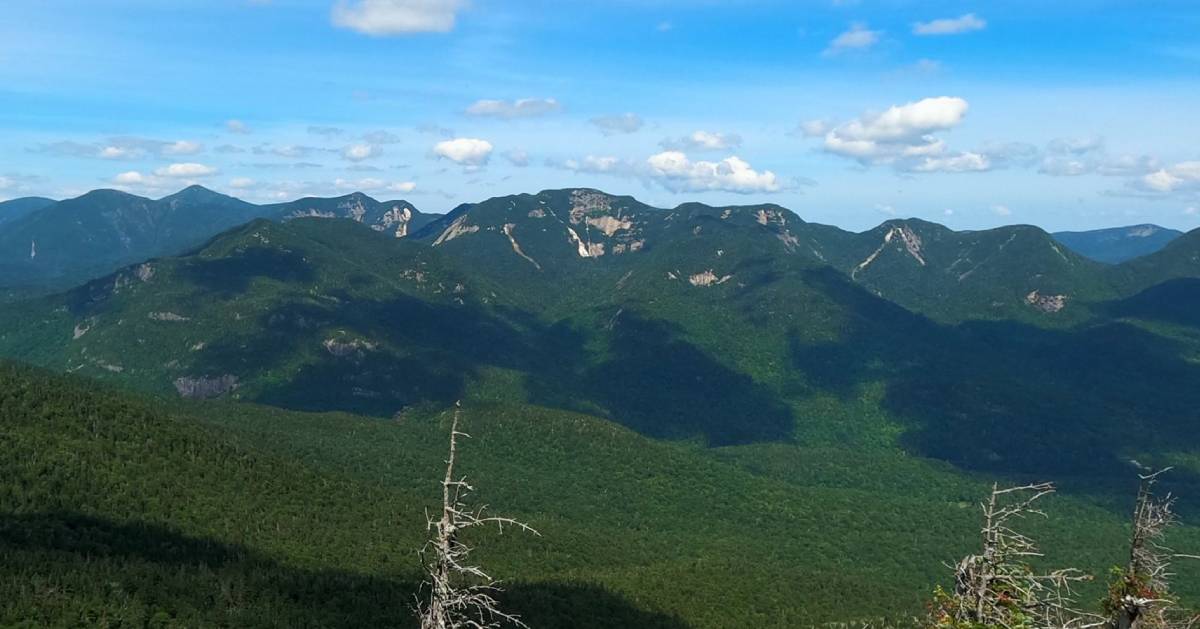 General Info About the 46 High Peaks

Later geological surveys revealed that not all of the 46 High Peaks were actually 4,000 feet or above in elevation, and one that did meet the "requirement" was excluded. Nevertheless, the original 46 are still grouped together and recognized as the ones to overcome. If you climb them all, then you are eligible to become an official Adirondack 46er!

The 46 High Peaks are all located in the Adirondack Forest Preserve, meaning they are on state-owned lands that are open for some forms of recreation, such as hiking and backcountry camping.

You can find the mountains in and around the High Peaks Wilderness Area in the northeastern region of the Adirondack Park. The High Peaks Wilderness is split between a Western Zone and an Eastern Zone. Some rules change based on the Zone you are in, so check our FAQs to read about some of the important differences, as well as more helpful information. 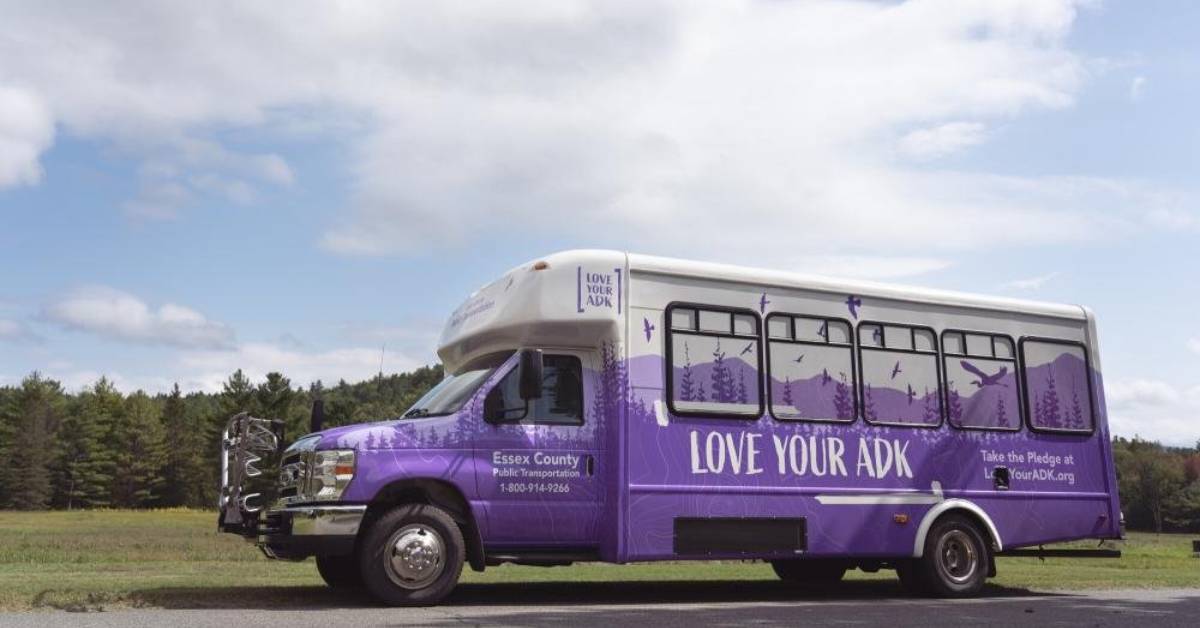 The Route 73 hiker shuttle runs from July 9 - October 10, 2022. The primary route starts and ends at the Marcy Field parking area, making pickup/drop off stops at Rooster Comb, Giant Mountain Ridge Trail, and Roaring Brook Falls. This free shuttle runs from 7am to 7pm on weekends and holidays.

New this year, there are additional runs on certain weekends in August and October, that will be piloted from Frontier Town Gateway in North Hudson. The August shuttle requires pre-registration. The October shuttle is first come, first serve.

Note, you do need to bring a mask; they are required and not provided. No dogs are allowed on the shuttle.

Find more info on hiker shuttles from the DEC >>

Q: Do you have to pay to park/hike in the High Peaks Wilderness Area?

Only in the Adirondack Mountain Reserve, which is on private land.

Q: How do I know if I'm in the High Peaks Wilderness Area?

A: There will be brown and yellow signs to let you when you've entered the NYS Department of Environmental Conservation's (DEC) public lands in the High Peaks Wilderness. The boundaries are available to check online. You'll also find trail register boxes near major access points, which you should sign in and out of.

Q: Can I camp in the High Peaks Wilderness Area?

A: Yes, however, the overnight group size is limited to a maximum of eight people.

Q: Where should I camp in the High Peaks Wilderness Area?

Backcountry camping is allowed on most Forest Preserve lands in the High Peaks Area. The exceptions are Unique Areas, Wildlife Management Areas, Historical Sites, and Nature Preserves. Also, camping is prohibited if you are within 150 feet of a road, trail, spring, stream, pond, or body of water.

Areas with a yellow DEC "Camp Here" tree marker are designated primitive campsites. Campers aren't required to stay at these designated sites, but the DEC marked them because they are generally on flat and hard land, which minimizes erosion.

Q: What if I want to go camping with a large group of people?

A: The maximum group size for overnight camping in the High Peaks Wilderness Area is eight people.

Q: Am I able to make a campfire at my campsite?

Q: Can I bring my own firewood to a campsite or campground?

A: No. In order to prevent the spread of invasive species, the DEC requires that all campers must get their firewood from the campground or a local vendor.

Q: Do I need a bear-resistant canister?

In all parts of the High Peaks Wilderness, campers must use bear-resistant canisters between April 1st and November 30th. Store all your food, toiletries, garbage, bug repellent, etc. in them. The canisters are meant to prevent bears from smelling scented items.

Q: How large of a group can go hiking together?

A: Groups on a day trip in the High Peaks Wilderness Area are limited to a maximum of 15 people.

Q: What are the rules for guided tours?

Guided tours in the High Peaks Wilderness Area require a licensed guide. You don't need to be a resident of New York State to be a licensed guide, but a license can only be obtained by taking an exam run by the DEC's forest rangers. All licensed guides must be at least 18 years of age.

Q: Can affiliated groups participate in recreational activities together, including hiking and camping?

A: Groups must adhere to the group size limits for camping and hiking. Furthermore, affiliated groups must stay at least one mile away from each other.

A complete list of the DEC's State Land Camping and Hiking Rules are available online. 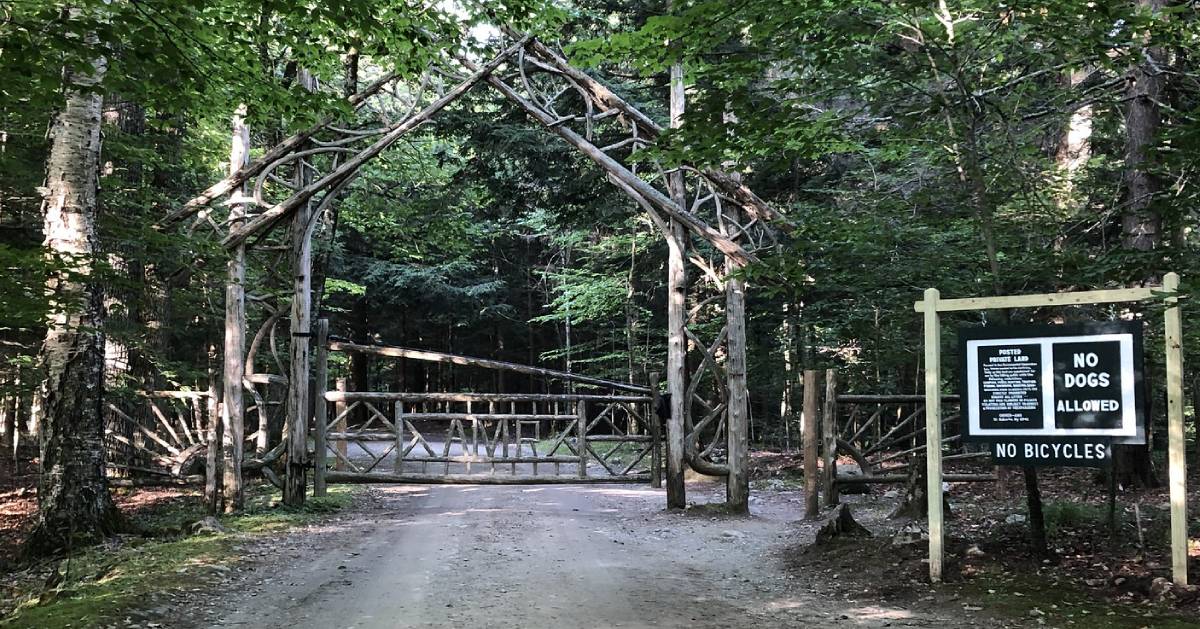 The Adirondack Mountain Reserve, or AMR, consists of private lands around the Upper & lower Ausable Lakes and the upper reaches of the East Branch Ausable River. This segment of land is situated between two sections of the High Peaks Wilderness in the Adirondack Park.

Special rules apply to the AMR. The public is prohibited from entering the clubhouse, camps, buildings, lands, and waters outside the designated marked roads and trails.

In addition, 2022 marks the second year of the pilot parking reservation system developed to provide reliable access to the AMR while addressing public safety issues regarding a crowded stretch of Route 73 at the same time.

Between May 1 and October 31, 2022, the DEC and AMR require reservations for daily  access to trails on the AMR property as well as the Round Mountain and Noonmark Mountain trailheads accessed through AMR lands.

Parking reservations must be obtained for single-day or overnight use, getting dropped off or picked up in the AMR lot by a vehicle, or arriving via bicycle. There is once exception to the no walk-ins, which is users who can provide a Greyhound or Trailway bus ticket from within the past 24 hours. Reservations can be made at no cost as far as two weeks in advance.

There will be 70 reservations available each day. These parking reservation requirements do not apply to other areas of the Adirondack Park. You can find out more and make reservations starting April 17 at hikeamr.org.

<< Back to the High Peaks

<< Back to the Hiking Guide