Did You Know You Can Become an Adirondack 46er When You Hike All 46 Peaks?

And Become Part of a Great Organization When You Do!

The Adirondack 46ers (or Forty-Sixers) is a volunteer organization with deep roots in the Adirondacks. While many know them for their role in mentoring and acknowledging hikers who have summited all 46 High Peaks of the Adirondack Mountains, the organization also provides trail maintenance and stewardship, outdoor skills training, and much much more.

This article is part of our hiking challenges series and focuses primarily on how those who hike the Adirondack High Peaks are able to register and become an official 46er! 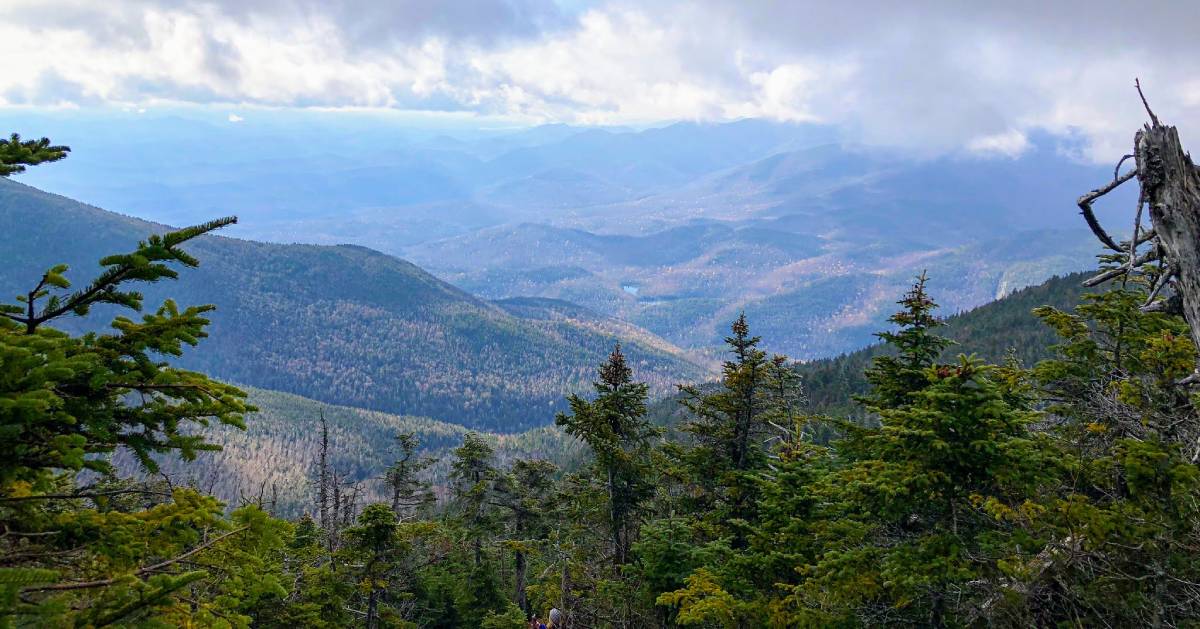 What Are the 46 High Peaks?

In the early 20th century, the High Peaks of the Adirondacks were considered the 46 tallest mountains in the Adirondack Park because each had an elevation of at least 4,000 feet. Although later surveys revealed not all of these peaks reached this elevation, the original 46 peaks are still recognized as the High Peaks.

How Did the 46ers Club Form?

The Adirondack 46ers began with a simple goal, to climb all 46 of the High Peaks of the Adirondacks.

The history of the 46ers dates back to 1918 when brothers Robert and George Marshall, and their friend Herbert Clark, climbed Whiteface Mountain. This was their first high peak, and from there, the trio began their journey to climb all 46.

What ended up as an eight year hiking adventure (1918-1925) for the three hikers would inspire many others in the future. Today, over 7,000 people have summited the same 46 peaks.

In particular, in the 1930s, members of the Grace Methodist Church in Troy, NY began to take hikes up the 46 High Peaks, including Mount Marcy. Reverand Ernest Ryder and parishioner Edward Hudowalski finished climbing all 46 in 1936, and soon after, formed a hiking club called the 46ers of Troy. This club would be the basis for the Adirondack 46ers.

The 46ers of Troy were mainly led by Grace Hudowalski, who became the first woman to climb all 46 High Peaks in 1937. She was in charge of club membership and encouraged members to write about their experiences. This was the start of a tradition for 46ers to share their experiences in order to register for the club.

Over the years, the popularity of hiking the peaks grew. The 46ers of Troy realized the club needed to expand in order to welcome others from beyond their reach. As a result, the first meeting of the Adirondack 46ers was held on May 30, 1948 at the Adirondack Mountain Club's Adirondak Loj.

Grace Hudowalski was chosen as the Adirondack 46ers' first president. From the 1950s to the present, the club has been both a social group for like-minded adventurers and a way for hikers to help preserve the lands they love.

Did you know that if you register on the Adirondack Forty-Sixer website and pay annual dues, you can join the organization as an Aspiring Forty-Sixer while you are actively working on climbing all the 46 high peaks?

Already summited all 46 High Peaks of the Adirondacks? You will also register online:

Once you submit your finisher form and pay your dues, you'll receive an “Official Letter of Congratulations” in a confirmation email with your assigned 46er climbing number. After you receive your letter, you can purchase merchandise and emblem items in the 46er online store.

Make sure your street address and email address are correct! You'll be mailed a certificate in honor of your accomplishment after the Spring 46er Gathering, should you be unable to  attend.

For more info on becoming a registered 46er, check out the FAQ section of the ADK 46er website.

Some Frequently Asked Questions From Readers

Q: What can you do as a registered 46er?

A: Once you are registered as a 46er, you'll be able to receive a hiking patch, get involved in club events and projects, purchase merchandise, and more!

Q: Are the 46ers and the Adirondack Mountain Club (ADK) the same thing?

A. Great question, and the answer is no! A common abbreviation for Adirondack is ADK. You might see Adirondack Forty-Sixers abbreviated as ADK 46ers, which makes it easy to confuse with Adirondack Mountain Club, aka ADK. But they are two separate organizations, and many hikers choose to become members of and support both!

A: The title of Winter 46er refers to someone who has climbed the 46 High Peaks during the winter season (December 21 through March 21 inclusive).

A: An Aspiring 46er is someone who is attempting to finish all 46 high peaks and wants to register and join the organization prior to completing the challenge

Q: What if I completed the hikes years ago and want to become a 46er now?

A: You can still register to become a 46er as long as you complete the Official Finisher Form on the website and pay the initial dues.

More information about the 46ers can be found online at their website.

Check our High Peaks FAQs for rules, regulations & other info »