Discover Historic Sites in the Adirondacks

Visiting the heart of the Adirondack wilderness or exploring the Lake George area? Regardless of where you're headed in the Adirondacks, historic sites abound. Learn about the French and Indian War, the American Revolution, the War of 1812, everyday life for Adirondack settlers, the Underground Railroad, the Great Camps of the Gilded Age, Theodore Roosevelt's Midnight Ride, and more at some of the best historic attractions in and around the Adirondack Park. The next time you're in one of the following regions, check out these itineraries of nearby museums and sites.

The High Peaks and the Heart of the Adirondacks: Great Camps, Olympics, and ADK Life 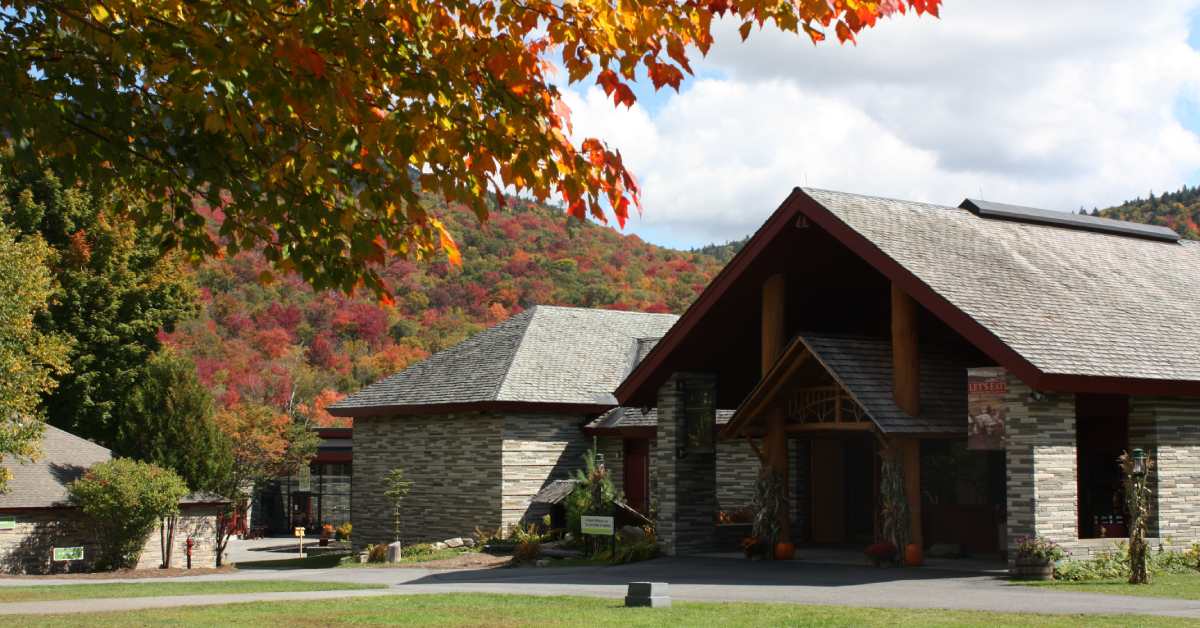 South of the High Peaks in Blue Mountain Lake, visitors can learn about life in the region at Adirondack Experience through interactive exhibits. Explore historic buildings and wander the galleries to learn about boating, outdoor recreation, the Great Camps, logging, furniture, hunting camps, fine art, and everyday life. You can also sign up for workshops on Adirondack crafts and check out their lineup of special events and exhibits. This is a fantastic starting point for your historical tour of the region.

Explore the history of the Gilded Age Great Camps by visiting one of them for yourself! The vacant buildings of Great Camp Santanoni are maintained by New York State and visitors are able to explore the structures in the summer and wander the grounds all year long. In the summer months, staff members are on hand to give tours. This is the perfect destination for a hiking, biking, or cross-country skiing excursion.

Not far away from Santanoni is Tahawus, a ghost town that was founded in the 1820s. The Tahawus Club was where Theodore Roosevelt was visiting before he set off on his famed Midnight Ride to Buffalo to be sworn in as president after McKinley's death in 1901. The town was abandoned in the twentieth century and is now an interesting place to drive through.

For a taste of modern history, visit the Lake Placid Olympic Museum. They have exhibits on the 1932 and 1980 Winter Olympics, including displays on the Miracle on Ice, speed skating, ski jumping, sliding sports, figure skater Sonja Henie, and parade uniforms. You can also try your hand at curling, which was a demonstration sport at the 1932 Olympics.

John Brown might be best known for his attack on Harper's Ferry and subsequent capture and execution, but he lived in the Adirondacks. At the John Brown State Historic Site, learn about the famous abolitionist at this small, serene house situated just south of Lake Placid. Brown and some of his followers are buried in the graveyard on-site.

Visiting Saranac Lake? Visit Historic Saranac Lake's Saranac Laboratory Museum to learn about the region's role as a place for healing. In the nineteenth century, patients with tuberculosis (commonly known as consumption at the time) came to the Adirondacks to take in the fresh, clean air, away from industry and pollution. The museum also looks at regional history and art through temporary exhibits.

If you're heading out of the High Peaks and up to Quebec or the northern fringes of New York State, make plans to stop by the Almanzo Wilder Homestead on your way through. The childhood home of Laura Ingalls Wilder's husband and the setting of Farmer Boy, the museum features the furnished house depicting the family's lifestyle in the 1860s, barns, henhouse, pump house, and a replica of a one-room schoolhouse. 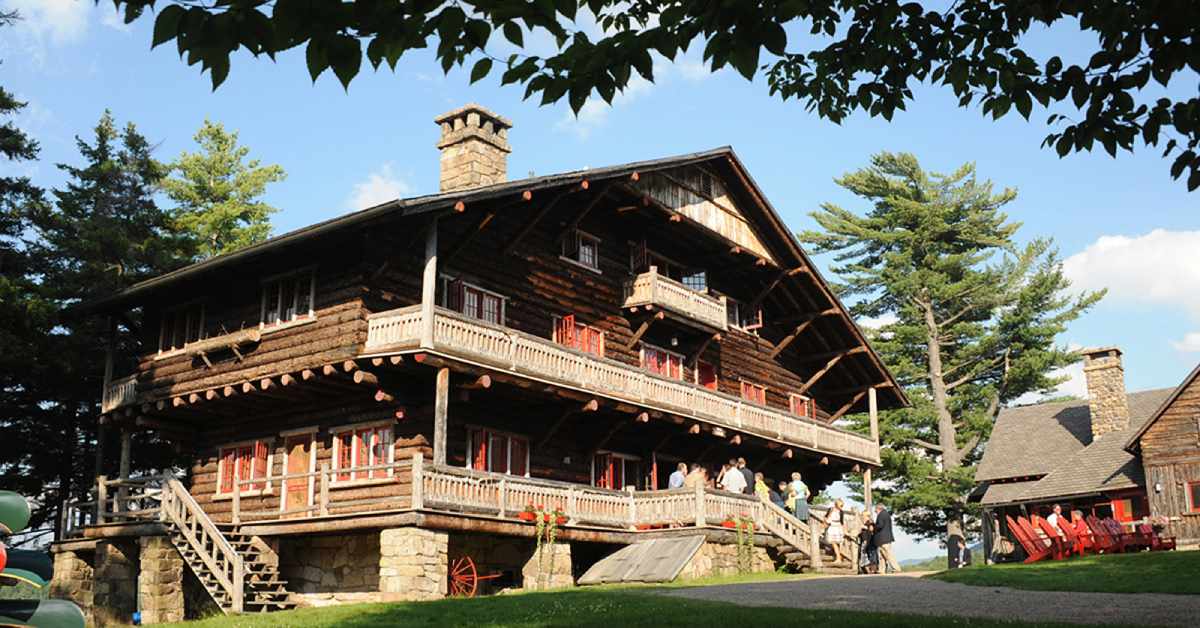 For the true Adirondack Gilded Age experience, you must take a tour of Great Camp Sagamore, a National Historic Landmark. See the Vanderbilt's summer estate in all its glory, including its large "camp" building and workers' village. The great camp was built in 1897 by William West Durant who intended to live in it year-round until he sold it to the Vanderbilt family in 1901.

Located in a c. 1900 house in the heart of Old Forge, the Goodsell Museum is the home of the Town of Webb Historical Association. Admission is free, and visitors can learn about settlers and early life in the Adirondacks through the thoughtfully-curated exhibits on local history, which are typically changed to address a new theme each year, such as logging, the Adirondack League Club, Adirondack guides, mailboats, and fire towers.

In Remsen, just outside of the Blue Line, visit Steuben Memorial State Historic Site to see the summer home of Baron von Steuben, situated on land given to him by Congress after he helped transform the army at Valley Forge during the Revolutionary War. Check out his humble log cabin and a monument honoring his final resting place.

If you're visiting the western Adirondacks from the Capital District, there's a good chance you'll pass through Little Falls before entering the park. Visit Herkimer Home State Historic Site, a brick mansion built in 1764 by General Nicholas Herkimer, a Revolutionary War hero who died after his troops were ambushed at nearby Oriskany. Tour the house, explore the kitchen garden, wander the cemetery, and take in views of the Erie Canal.

Lake Champlain: Colonial Forts, War of 1812, and the Underground Railroad

Fort Ticonderoga, located on a piece of land between Lake George and Lake Champlain, offers sweeping views from its stone walls and a day's worth of historical attractions to explore. Tour the star-shaped fort, originally named Fort Carillon and built by the French during the French and Indian War. The fort was later held by the British during the American Revolution, until it was captured by troops led by Ethan Allen and Benedict Arnold. Watch costumed historians as they perform musket firings, cannon demonstrations, fifes & drums, and daily tasks in the living quarters, then take a cruise on Lake Champlain on the Carillon, go hiking on the battlefield, tour the artifact galleries, and wander the King's Garden.

Although you'll want to spend the better part of a day at Fort Ticonderoga, there's still plenty to explore near Lake Champlain. A short 30-minute drive north lies Crown Point State Historic Site, the site of Fort St. Frederic, which dates back to 1734 and was used in battles between the British and the French during the eighteenth century. The colonists initially held the fort during the Revolutionary War, but lost it to the British in 1777. Visitors can wander the ruins, tour the artifacts in the museum gallery, hike the trails, and explore nearby sites on the peninsula, like the Crown Point Memorial Lighthouse.

Looking for more historical fun in the region? Visit the Adsit Log Cabin in Willsboro, one of the oldest left in America. The house dates back to the 1790s and is open for free by appointment. For a home that's a bit larger, the Kent-Delord House Museum in Plattsburgh is the perfect place to learn about the war of 1812. Tour the house, furnished with the belongings of three generations of the Delord family, and learn about life in the Adirondacks in the nineteenth century. Nearby, the Battle of Plattsburgh Museum might be small, but it depicts the 1814 invasion by the British, the largest in American history. 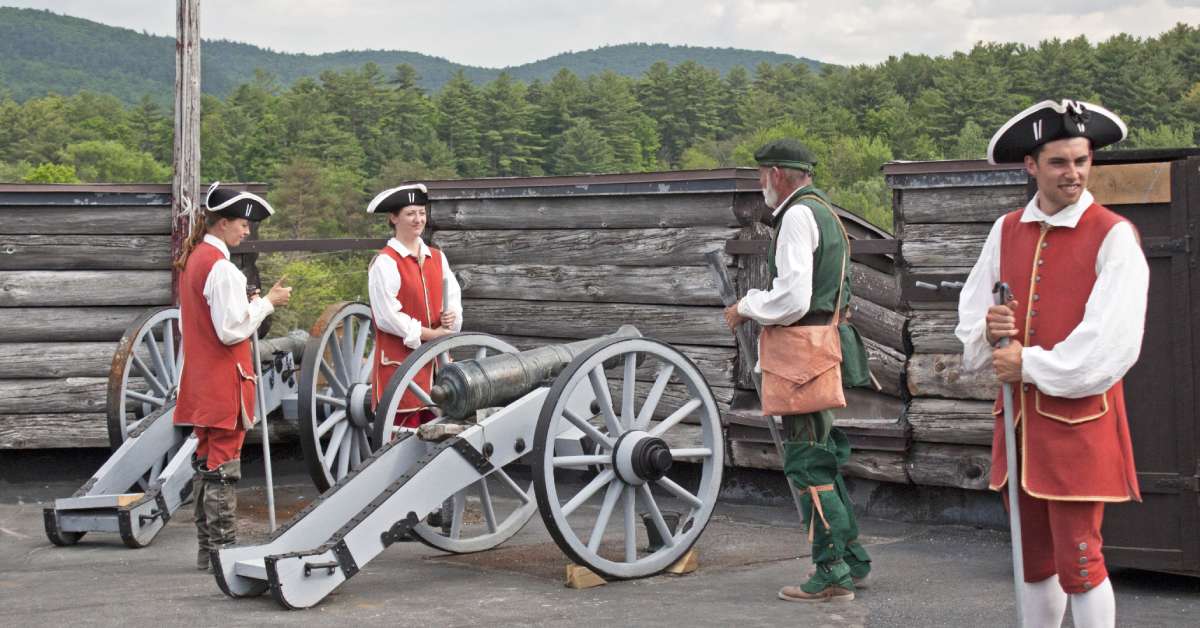 Visiting Lake George? Brush up on Colonial history at the area's many historic sites, the most popular of which might be Fort William Henry. Discover French and Indian War history and the story of the Battle of Lake George at this historic fort. Located at the southern tip of Lake George, this living history museum allows visitors to explore the soldiers' quarters, walk the ramparts, creep down into the dungeons, and watch costumed reenactors demonstrate daily tasks, along with musket and cannon firings.

Head a little south of the Blue Line into Fort Edward -- the third largest town in colonial North America -- to learn more about early American history. Rogers Island Visitors Center, located on Rogers Island in the Hudson River, depicts the history and artifacts of Native Americans, the famed Rogers' Rangers of the French and Indian War, and the Revolutionary War. In addition to a permanent exhibit, Rogers Island organizes archaeological digs and reenactment encampments.

If you visit Roger's Island, you'll be only a few minutes from the Old Fort House Museum, also located in Fort Edward. Tour the historic 1772 house, a tavern during the Revoluntionary War that hosted the likes of George Washington and James Monroe, and later a boarding house and private residence. The rooms are each decorated to depict a different period in the house's storied past. Other buildings onsite include an exhibit on Solomon Northup (author of Twelve Years a Slave and Fort Edward resident until 1832), a law office, a Victorian-era schoolhouse, a barn, and a toll house.

Learn more about President Teddy Roosevelt's famous Midnight Ride by visiting North Creek Depot. After a 35-mile journey from Mount Marcy, the future president boarded the train to Buffalo at this station, on his way to be sworn into office upon President McKinley's passing. The North Creek Depot Museum is housed in the historic depot, restored to its 1870s glory. Learn about the Adirondack Railroad, Theodore Roosevelt's journey, Gore Mountain skiing, and more local history. Don't forget to explore the old rail cars, freight house, and turntable outside.

Whether you're visiting the heart of the park or looking for fun things to explore along the Blue Line, these are only a small handful of all the history you can explore on your next trip to the Adirondacks.