Your Guide to the Adirondack Region
Enter Giveaways Advertise
Note: Adirondack.net is not responsible for posts and comments written by non-staff members.
Home  »  Adirondacks  »  Rewilding the Adirondacks: the influence of wolves

The
widespread persecution of wolves first began in the northeastern US as early as 1630, where men living in the Massachusetts Bay Colony could earn one month’s salary for each wolf that they killed. Since then, wolves have remained largely absent from the wild areas that they once inhabited in the northeast, including the Adirondack Park. However, wolves are considered a keystone species, meaning that they play a critical role in how an ecosystem functions. Their absence has not gone unnoticed, which raises the question of whether they can or should come back to the northeast and the Adirondacks. 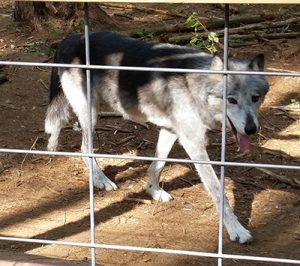 Photo of Zeebie, a 6-year old plains wolf at the

In the absence of wolves, the populations of species that wolves hunt, such as large herbivores and rodents, are able to increase unchecked. As a result, herbivores like deer begin to overgraze and deplete vegetation, which has a number of impacts on water quality and other wildlife. This phenomenon is called a trophic cascade, and has occurred in several ecosystems where wolves have been removed, as well as those where they have been re-introduced. To learn more about trophic cascades and how wolf reintroduction changed the ecosystem in Yellowstone National Park, watch a short video about it here.

While wolves and other large carnivores like cougars are thought to be no longer found in the Adirondacks, there is ongoing discussion about their return, especially given evidence that there is currently sufficient habitat in the Park to support their populations. However, it is yet to be determined if it is best for them to come back to the Park on their own, or with the help of humans.