Whatever you call them, they're the best place on Earth!

Nowadays, everyone is using shorthand for everything! Whether you're sending a quick text or even "lol-ing", everyone is trying to get to the point with as few words as possible. This even includes referring to the Adirondacks! We asked our Facebook Fans what nicknames or abbreviations they use instead of "The Adirondacks" and they gave us a TON to choose from! 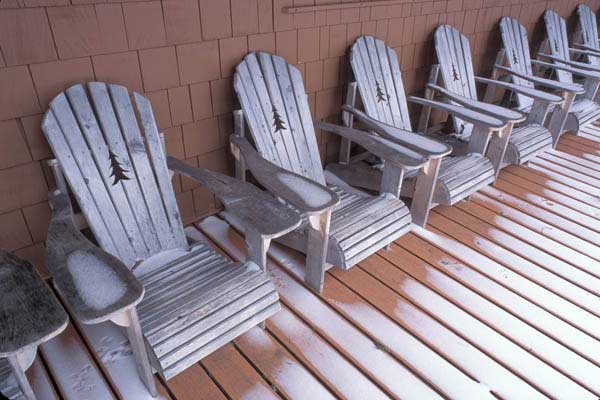 Usually when people refer to the "ADKs" they are talking, of course, about the Adirondacks! A varation you might see without the s - "ADK" - would mean "Adirondack", which is usually used more as an adjective as opposed to a noun. Ex. ADK wildlife

People often refer to the Adirondacks as the "'Dacks". Not only is this a much quicker way to reference the Adirondacks, but it is also used by those who live and visit the area frequently. Similar to 'toga and 'burgh, 'dacks simply takes the last part of the word to create a nice shorthand. Works for us!

The Adirondacks often are referred to as "The North Country", along with locations surrounding the Adirondacks. The North Country is technically the region of NY State that encompasses the northern frontier of the state, bordering Lake Ontario, the St. Lawrence River, Lake Champlain and Vermont.

Similar to The North Country, the Adirondacks are also known as "Up North" to many folks. Why? Well, the Adirondacks are pretty much as far north you can get in New York State! Most locals will know where you are referring to when you say "Up North", and even a lot of out-of-towners are familiar with the term.

The Adirondacks are home to many residents, and most (if not all!) are proud to call this majestic area their home. The Adirondacks are like home because they offer a peaceful, quiet getaway, with a variety of things to do in the region.

As the Adirondacks are the home to Whiteface Mountain, it's no wonder it's nicknames the "Powderondacks". Fresh powder can be found in the Adirondacks during the winter season after some insane snowfall!

The Adirondacks are often synonymous with The High Peaks. The High Peaks region is a haven for hiking enthusiasts, and the 46 High Peaks are a huge draw to hikers from around the world!

The Eater of Trees

It is said that the word Adirondack derived from the Mohawk Indians word atiru:taks, meaning "tree eaters". We can't say we are surprised in the slightest! The Adirondacks are home to trees like you wouldn't believe (until you see for yourself, of course)!

It's no wonder the Adirondacks are often referred to as "God's Country". With some of the most beautiful scenic views, the Adirondacks is really a world of its own. Our Facebook Fans have captured amazing shots of God's Country - the beauty is truly unreal!

It comes as no surprise that the Adirondacks would be called "The Woods", as a large majority of the Adirondack region is woods! The Adirondacks are home to a variety of wildlife that reside in the woods, and make the perfect location of "woodsy" activities - from camping to snowshoeing to fishing and so much more!

« Back to All About The Adirondacks