Home / Events / Caroga Lake Music Festival
PLEASE NOTE:
The information you are viewing for this event is from Monday, Jul 17, 2017.
Please check back for updates. 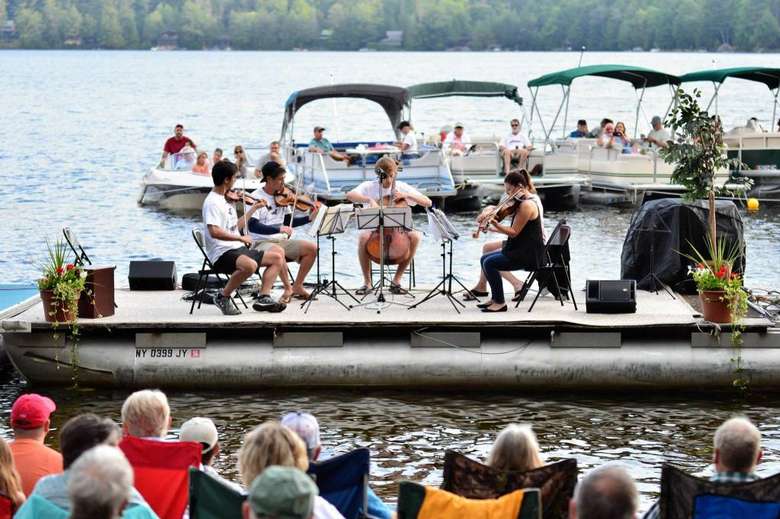 In addition to the concerts, the festival offers the CLMF Camp at Paul Nigra Center for Creative Arts in Gloversville. The three-day program is open to musicians of all ages and abilities. Participants will get to play chamber music, partake in educational workshops, and perform at the finale concert featuring the CLMF artists on July 26th at 3pm at Paul Nigra Center.

Founded by cellist Kyle Barrett Price in 2012, the Caroga Lake Music Festival, a summer music festival based in Caroga Lake, New York, is a series of performances and community outreaches in the Adirondacks and beyond. Attracting audiences locally and nationwide, Caroga Lake Music Festival is dedicated to increasing accessibility to chamber music, cultivating creative and interactive experiences and showcasing some of the world’s top professional artists from the U.S. and abroad.

Caroga Arts Collective, Inc., presents the 2017 Caroga Lake Music Festival. Events hosted by the Caroga Arts Collective are free with donations gratefully accepted. Donations underwrite travel and various lodging expenses for the seventy world-class musicians from across the world who will perform concerts over a five week period. Donations also support our long-range goal of further developing performance and education programs in the area while also establishing a permanent home for our organization through our 10.5 acre campus located at MyHil, the former Schine property in Caroga Lake.

In addition, the musicians engage the community through performing at non-traditional concert venues such as the Canada Lake Store Barge, Wells Nursing Home, Vrooman’s Inn, Nick Stoner Inn and Mettabee Farm among others.

The festival has been showcased by Sacandaga Valley Arts Network (SVAN) since 2014 and has also performed pre-concerts for Yo-Yo Ma, Keith Lockhart, David Finckel, Wu Han, The Philadelphia Orchestra and more.

Caroga Lake Music Festival also serves a residency at Fulton Montgomery Community College Summer Academy program. Students have the opportunity to learn and play with the festival musicians, and perform a finale concert together on its campus in Johnstown.

Live at becks Tavern: The Switch