Your Guide to the Adirondack Region
Enter Giveaways Advertise
Home  »  Hiking  »  Bundle Up & Stay Safe While Recreating in the Adirondacks This Weekend: Jan 5 – 7

We’re continuing to experience extremely cold weather conditions in the Adirondacks. Those heading out to hike, ski, snowshoe, or snowmobile this weekend should check the weather report and look over winter safety tips. Stay safe out there as you enjoy prime winter recreation opportunities! 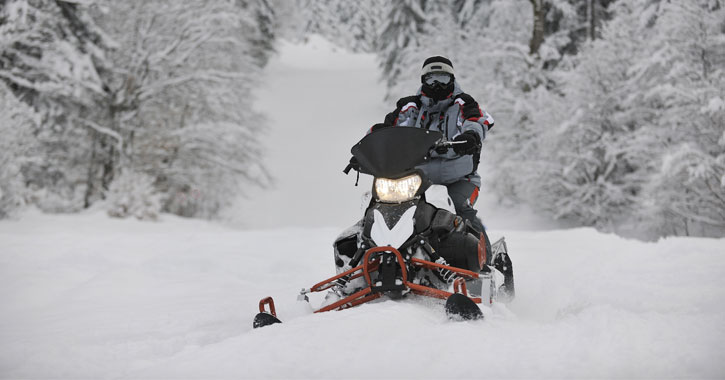 The National Weather Services has issued a wind chill warning for the entire Adirondack region from 4am on Friday, January 5th through 7pm on Saturday, January 6th. The expected wind chill temperatures are 25 to 45 below zero.

In this weather, frostbite can happen to exposed skin in as little as 10 minutes.

From Friday morning through Sunday morning air temperatures will remain below zero with daytime highs in the single digits to the teens below zero, and nighttime lows in the teens to twenties below zero.

Temperatures and wind chills will be even lower on high mountain summits, surface of water bodies, and other exposed areas.

Check the National Weather Service before heading out >>

Stay Safe Out There

Be prepared for the extremely cold weather and avoid frostbite and hypothermia by wearing items of clothing that cover all skin including: layers of synthetic or wool winter clothing; warm socks and winter boots; insulated, wind resistant upper and lower outer shell; hat and gloves or mittens; scarf or ski mask; and goggles or glasses.

Hike, snowshoe, and ski on low elevation trails in wooded areas only; avoid the high elevation summits at this time. Spend only short periods of time in the outdoors.

If you do decide to go to the summits despite the warnings, know that temperatures will be colder, wind chill temperatures much lower, winds stronger, snow deeper, and ice will be present. The winds will create whiteout conditions. You should carry a sleeping bag and shelter with you.

Watch a quick video on winter safety prep and precautions >>

Remember that we are looking at short days with the sun setting early, so carry a headlamp or flashlight with you on all hikes. Have fresh batteries and carry extras. Don’t depend on your cell phone as a flashlight, because the batteries will drain quickly and you’d be unable to call for help.

Snow and ice are present on all trails and at all elevations. The use of snowshoes or skis is warranted throughout the Adirondack region.

Remember that snowshoes and skis are used to prevent post-holing, to avoid injuries, and to ease travel on snow. Post-holing, or leaving deep footprints in the snow, makes the trails more difficult and hazardous for others to use. The use of snowshoes and skis is required in the High Peaks Wilderness, but highly encouraged throughout the Adirondacks.

Crampons should also be carried and used for icy areas.

Surprisingly, ice on water has only just begun to form, despite the extreme cold. Don’t assume the ice is thick enough to hold the weight of a person or snowmobile – always check the thickness before traveling across it.

Avoid ice over running water, near inlets and outlets, and near boathouses and docks, particularly those with bubblers or other ice prevention devices.

Snowmobile trails are open for use. Trails are in good or excellent condition and many have been groomed. Snowmobilers should check local conditions before heading out.

Read more on the Principles of Leave No Trace >>

The two trails through the Elk Lake Easement lands connecting to the High Peaks Wilderness and Dix Mountain Wilderness are open once again. However, the Clear Pond Gate on the Elk Lake Road will remain closed through the spring mud season. This will add four miles to a roundtrip hike; plan accordingly.

The gate on Corey’s Road will remain open until March 1st, however, the road and parking areas may not be plowed. If you do not have four-wheel drive, and there is snow on the ground, you might consider parking along the plowed section of road and walking. It is imperative to not block traffic here. Also, have a shovel in your vehicle in case you need to dig it out after a snowstorm.