For over four decades, the Frontier Town theme park in North Hudson was an entertainment hotspot in the Adirondacks. However, ever since it shut down in 1998, the region has struggled economically. To revitalize this community, there is a $32 million project to transform the old theme park into a recreational hub – the Gateway to the Adirondacks! 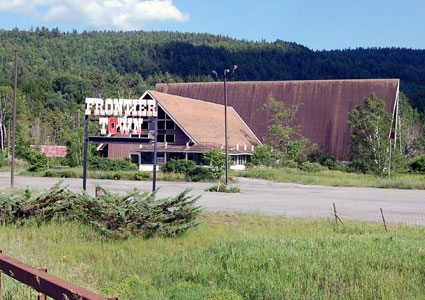 Revealed as part of Gov. Cuomo’s 2017 State of the State agenda, the transformation of the abandoned Frontier Town could be key in bringing life back to both North Hudson and the Exit 29 area.

North Hudson’s Frontier Town opened in 1952 as a wild west-themed attraction, and for years, visitors flocked to the entertainment destination. During this time, local restaurants, lodging, and even the jobs market thrived.

Over the years, the closing of Frontier Town has caused the region to become much less prosperous, and local communities have struggled. Now, that could all change thanks to a proposal to turn the theme park into a multi-use recreational hub described as the Gateway to the Adirondacks.

The Gateway to the Adirondacks

The $32 million proposal aims to use Frontier Town as the home for new recreational centers. According to the State of the State agenda, the Gateway to the Adirondacks will include:

These exciting changes to the abandoned Frontier Town will be key in revitalizing the Exit 29 area. In addition to the features listed above, visitors to the site will have easy access to the region’s vast hiking trail networks.

The DEC is working to acquire a conservation easement on 300 acres of land, in part through support from the Environmental Protection Fund. According to the Sun Community News, the first big step is for the state legislature to pass a spending plan.

Private investment will be a major source of funding, with support coming from businesses interested in being a part of this new recreational hub. One business, Paradox Brewery, will invest $2.8 million, thanks to $200,000 in incentives from the Empire State Development Corporation.

The deadline for the proposal’s spending plan is March 31, 2017. If everything goes smoothly, we could see a bright future for Frontier Town and the surrounding area!